Disclaimer: This is taken directly from a Reddit thread where a bride is asking if it’s okay to make her redhead cousin, Ella, change her hair color because it doesn’t fit with her wedding color scheme. We have no way of verifying whether the bride or Ella exists. We all have bride/bridesmaid stories that are just as bad (or worse), so this probably isn’t far off. We do think the bride should have read H2BAR’s 10 Things a Bride Should Never Ask a Redhead Bridesmaid before asking Ella or writing on Reddit. What do you think about this? Would you dye your red hair for your friend?

This is the gist of the story (the full story is below): Ella is the bride’s cousin and has (by the sounds of it) gorgeous, long red hair; very much like that of Merida from the Disney movie Brave. The bride wants Ella to dye her natural red hair because it doesn’t match the blue and green peacock theme that all the guests have been asked to abide by. In our opinion, blue and green are very ‘Redhead Friendly’ colors, but the bride is not having it. Ella refuses to dye her hair. Then, the bride suggests a wig because she doesn’t want “Merida ruining the photos”.

Direct from Reddit, this is what the bride says in multiple comments:

Bride: Hair wasn’t originally included at all in the color scheme but my cousin Ella has natural bright ginger hair. I would never ask someone to permanently change their hair for my wedding, I know that would be bonkers. So, I suggested some temporary hair dye, but Ella argued that she has been growing her hair for six years and doesn’t want to risk the color not washing out.

Bride: I thought this was ridiculous because it literally says it washes out in like 14 washes. But Ella says, because her hair is a completely natural color, it might take strongly to her hair.

Bride: So I gave up on that avenue and suggested a wig. It is one day, one single day, and there are some amazing wigs these days. I had a look on Instagram and you wouldn’t even be able to tell. But she said she would feel self-conscious and weird wearing a wig and that, because her hair is butt length, it might sit weird on her head.

Bride: So she won’t dye it, and won’t cover it up. I really don’t want to come across as a bridezilla but butt-length flaming red hair will destroy the wedding photos and ruin the color scheme completely. I’m at a loss, I can’t cut her from the wedding because my mom would murder me, but I can’t have [curse word redacted for H2BAR audience] Merida ruining the photos.

Bride update months later: Ella has dropped out of the wedding because we couldn’t reach a compromise so it doesn’t matter anymore. I now have to deal with my mom and aunt chewing me out over it all.

What do you think about this? We are so happy Ella stood up for herself and is going to rock her red hair as a guest to the wedding. Go Ella! What would you do?

Subscribe to the H2BAR Box: A monthly and quarterly beauty subscription box for redheads! Use code: REDHEAD for 20% off. Subscribe now! 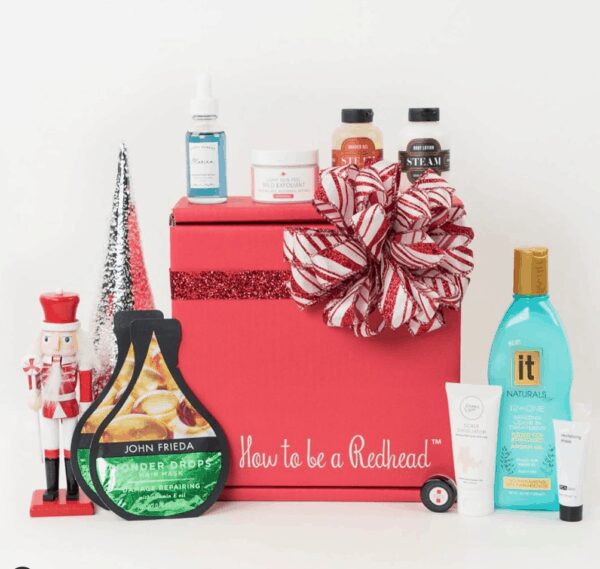