An interview with photographer, Brian Dowling

At How to be a Redhead, we really think photographers have “a thing” for redheads.

Maybe it’s the envious red locks or the majestic glowing skin that attracts photographers. You can’t deny that the color red draws attention, and makes for a beautiful photo.

Photographer, Brian Dowling agrees. For the past three years, he has been photographing redheads around the world for his project, and now self-published booked titled, Redhead Beauty.

We had a chance to chat with him about his project, the beauty of redheads and his life.

H2BAR: Tell us a bit about yourself!

Dowling: Well, I’m an American photographer and have been living in Berlin, Germany for the last year. Before that, I spent six years as a photographer for FOX(X-Factor & Glee) and MTV(Teen Wolf & ABDC) in Los Angeles. My name is fully Irish, but I am not a redhead. My mother is from Taiwan, but since my grandparents are Irish I always say that’s probably why I like photographing redheads.

H2BAR: What is your book all about?

Dowling: My original idea was to try and photograph redheads from as many countries as possible.  The Redhead Beauty book is self-published. So, I thought 20 was a nice round number to begin a Kickstarter campaign; but I hope in the future I can add more diversity to the project by visiting Mexico, Brazil, Turkey, Israel, and Lebanon.

Two big surprises for most of your readers will probably be that Israel has a lot of redheads. I think it is about 6% total, and Brazilians have a huge admiration for people with red hair too. 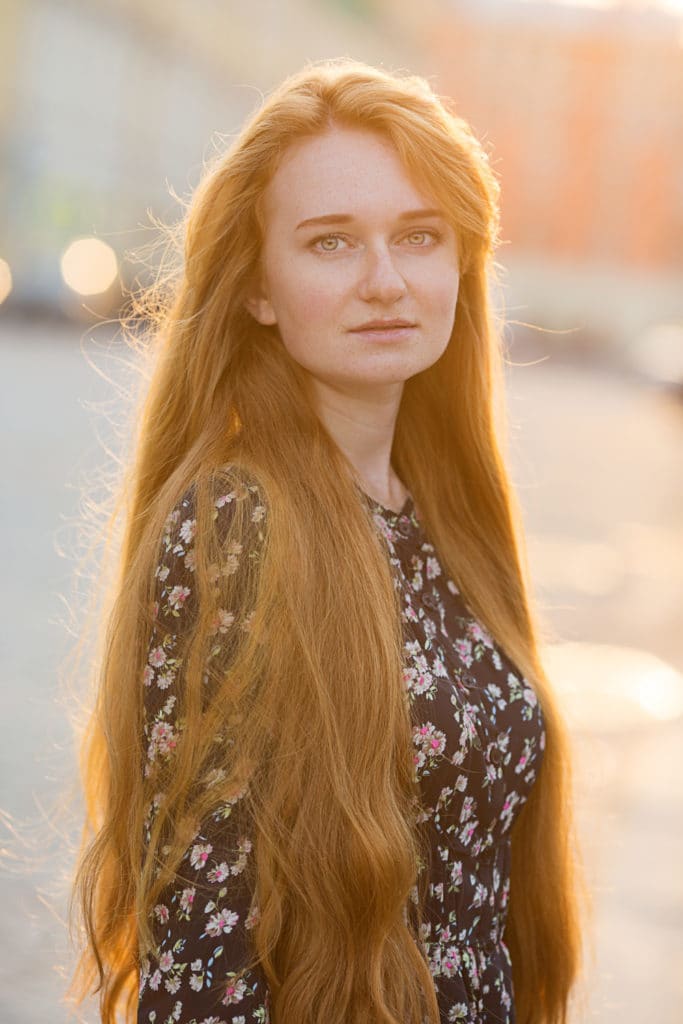 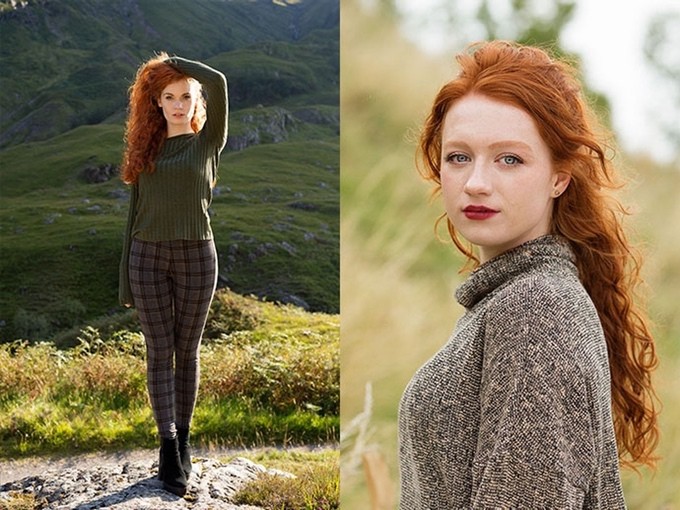 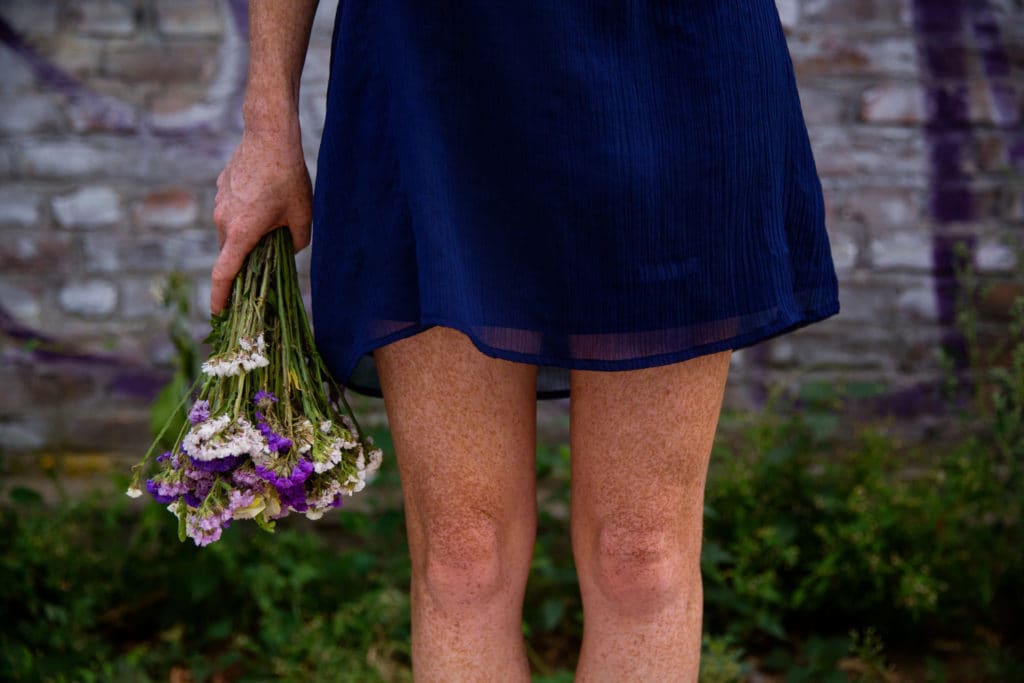 A model from Budapest, Hungary

H2BAR: How did this project come about?

Dowling: It started as a fun Instagram project. I would post redhead celebrity photos I would take at work and post them. Then it slowly evolved into me taking photos of people that followed me on Instagram, and then it grew from there over the course of three summers. 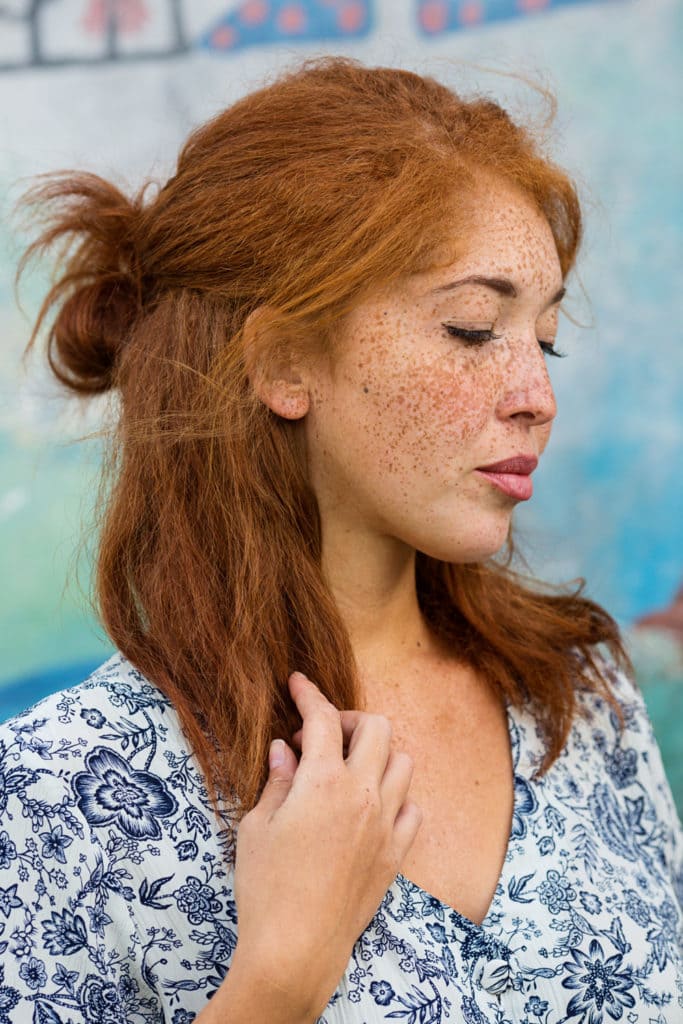 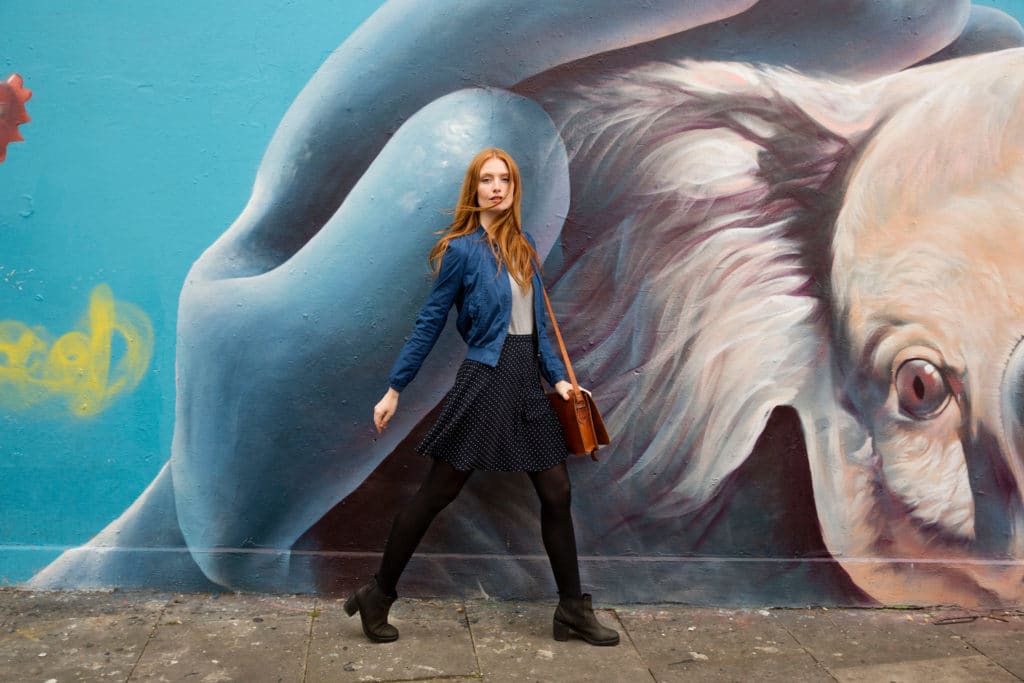 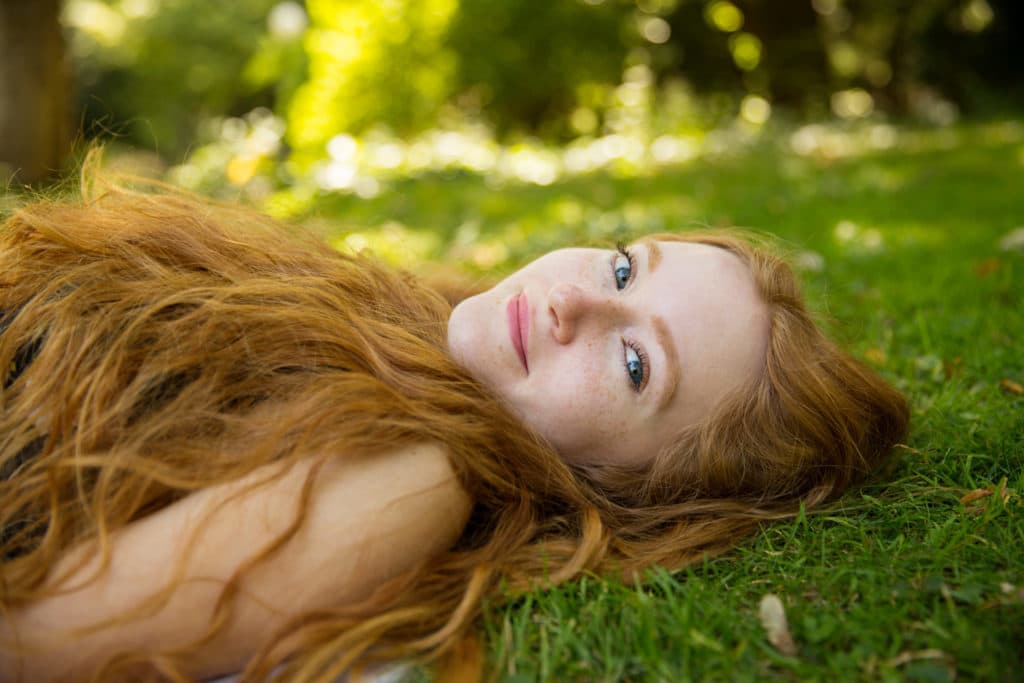 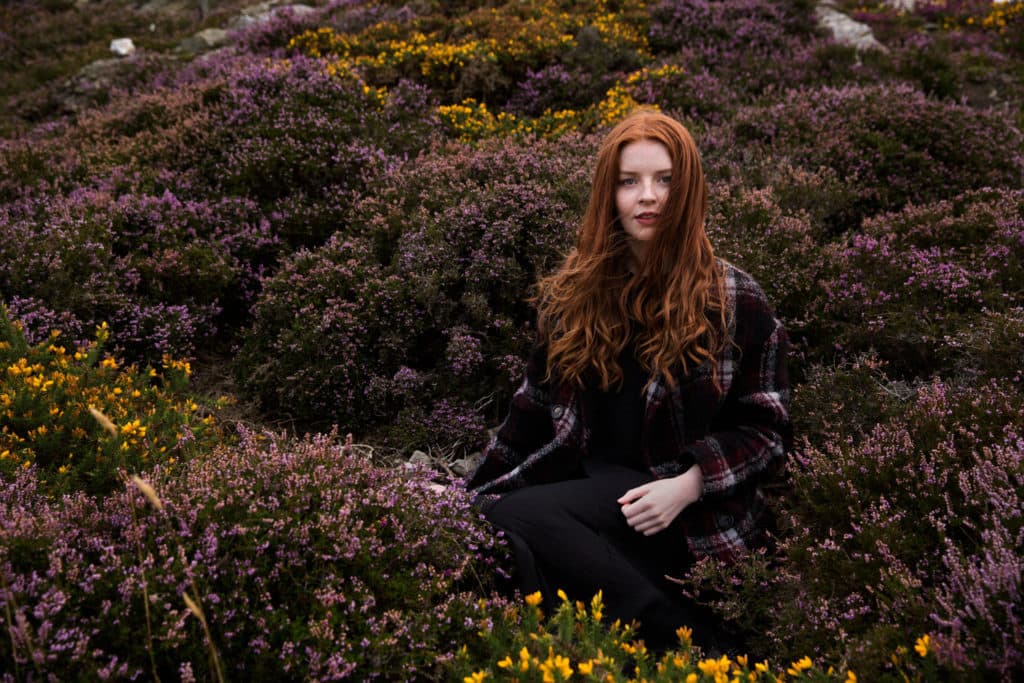 Gracie from Malahide, Ireland in Howth

H2BAR: What did you learn while photographing more than 130 redheads?

Dowling: I learned that South Park ruined a lot of childhoods.  I started asking people if they were bullied and even across Europe many people brought up that infamous episode.

On a positive note, I learned that people really appreciated what I was doing and that having red hair makes you a member of this elite club. 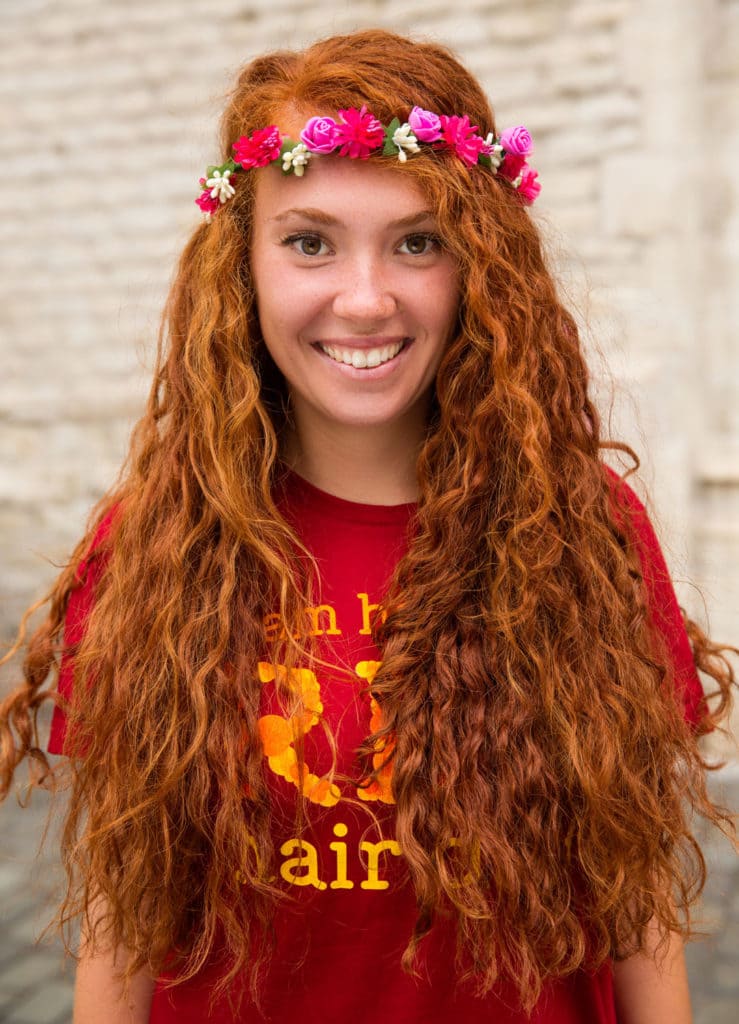 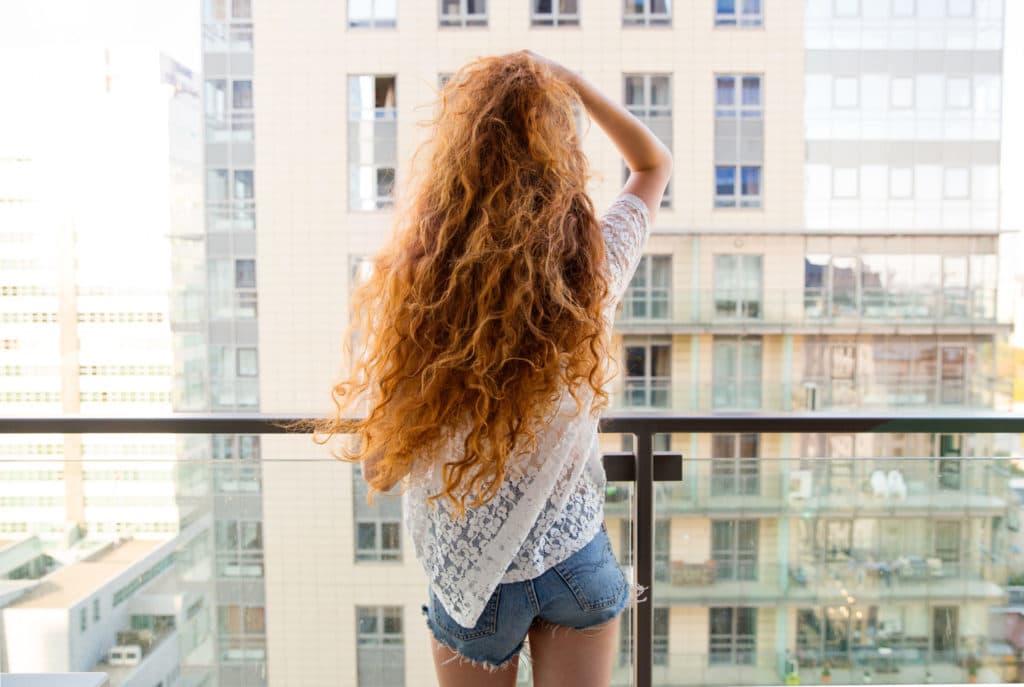 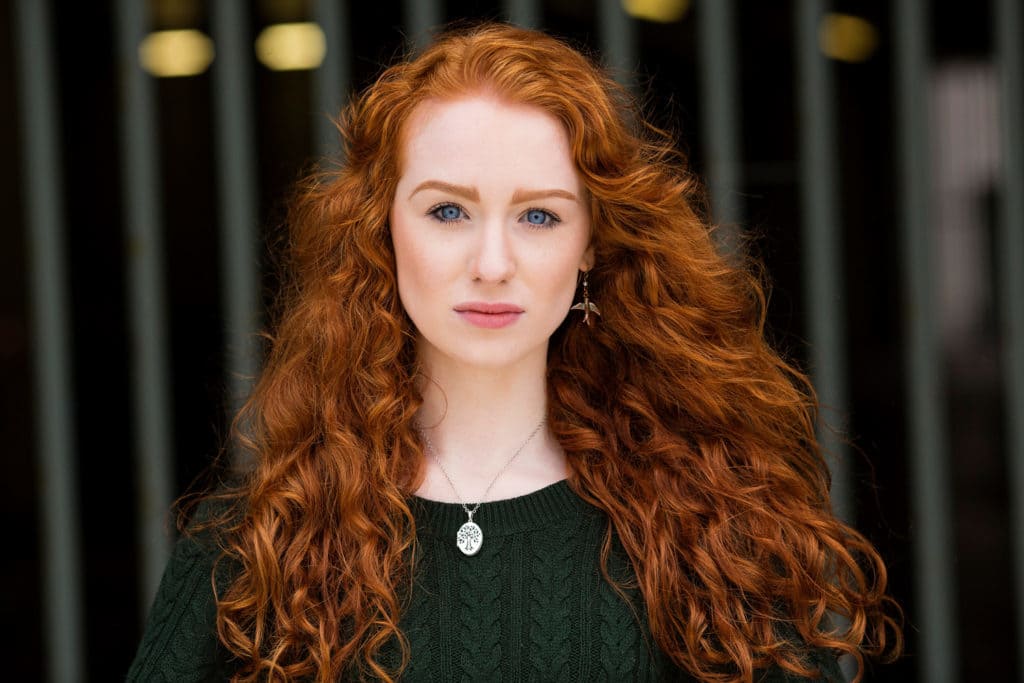 H2BAR: How did you come up with the title of the book, Redhead Beauty?

Dowling: I started this project just for fun, but I kept getting many emails from people telling me how they liked how my photos aren’t overly sexualized and how it made them feel proud of being a redhead.  So, I eventually decided to call the book Redhead Beauty because I wanted people to see my images and break down a couple redhead stereotypes.

H2BAR: What was your favorite part about this project?

Dowling: Well, I have two favorite moments. One was when a Scottish girl named Kirstie picked me up at the Glasgow airport and we drove up to the Scottish Highlands for the day. Even in Scotland when you are with a girl with bright curly red hair, people will go “Look it’s Merida!”.

My second favorite moment is the photo shoot with Alisha in the Black Sea in Odessa, Ukraine. She didn’t speak any English and I speak Russian poorly, but I love this photo.  It looks so calm and peaceful, but the truth is we were surrounded by floating grandmothers and screaming children. 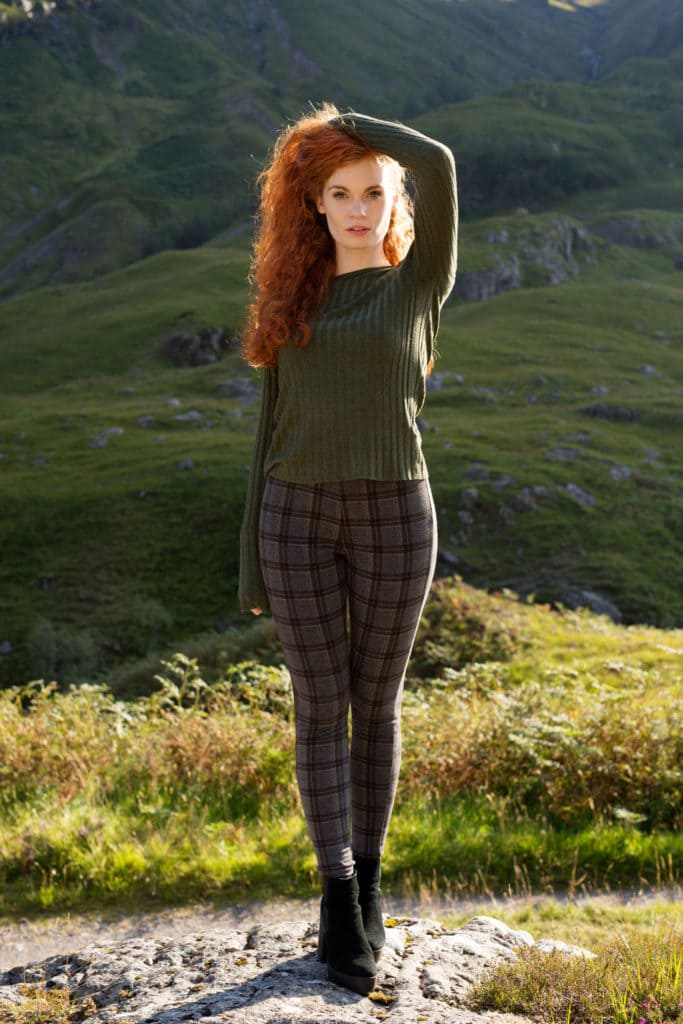 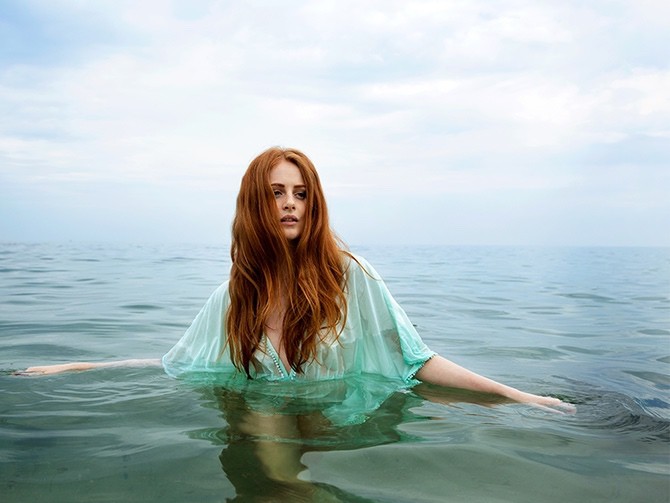 Alisha from Odessa, Ukraine.
Support the Redhead Beauty Kickstarter Campaign here and Rock it like a Redhead!