I was looking through the events calendar at my local convention center this morning when I came to the list of conferences coming up in April. Members of  the US Tennis Association, the area artists, the basketball players and the interior designers will all gather in their own little ballrooms for new ideas on topics they’re so devoted to. I played tennis for three months when I lived in South Carolina. That probably doesn’t count. I’m 5-foot-2 so basketball is pretty much out. There are few groups I’ve ever identified with. For the next six months I’m in the “completely-stressed-out-bride” club. We don’t have meetings. Mostly we just eat a lot then freak out about fitting into our dresses.

However, there have always been two groups I identify with–Southern and redheaded. I don’t remember a time in my life when I didn’t know every word to every Reba McEntire song (the Southern, red-head goddess). I scour the spring line to see if this is the year Lilly Pulitzer focuses on some yellows and greens instead of hot pinks. I know that this combination gives me twice the fire, twice the ferocity and makes me twice as hard to handle–just ask my fiancé, family or co-workers.

Throughout my life, these two categories have given me all the uniqueness I’ve ever needed. I wouldn’t drop my “y’all” or “bless your heart” any sooner than I would dye my hair. I was on a conference call a few weeks ago when a sales woman said she has pink hair to get attention. Anyone interested in this story probably knows that red hair is what gets attention. You grow up with strangers touching it, complimenting your mother (as if she had any control over that) and asking if you’ll ever cut it. You’re known, in my case, as the “little redhead” of your group. 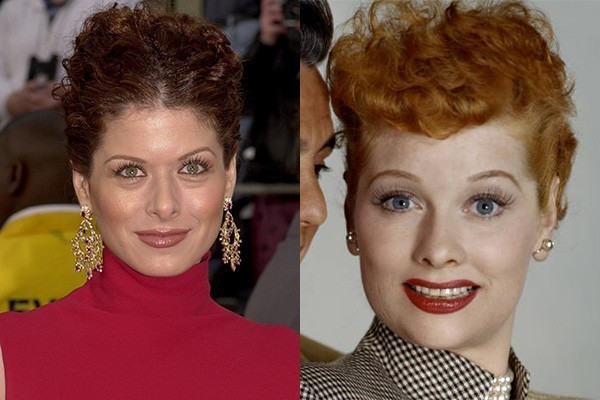 Since Debra Messing’s role on Will and Grace, she has been compared to Lucille Ball. Both are also role models for redheads everywhere.

It took a long time to grow into loving my hair. I’m 27 now and I went through the bangs in 7th grade, the darker red hair in high school and the cheap college-town salon that thought it would be hilarious to give me bangs and darker red hair then braid them so I looked like Wendy from Wendy’s. I had a panic attack in the parking lot and my cousin had to come get me. I looked just like the cartoon from the cup.

It’s always annoying when people give you a testimonial on how they accomplished something without actually telling you what steps they took.

So, here are my best ideas to own your look:

1. Pick a role model. I love funny women. Three of my favorite red-headed leading ladies are Lucille Ball, Debra Messing and Reba McEntire. All three are gorgeous and know how to rock their look.

2. I grew up as a competition dancer. You’d have to learn so many dances that forgetting some steps was inevitable. That’s when I learned these words that will help you in confidence, your first job, your second job, pretty much everything: Fake it till you make it. If you pretend you know what you’re doing, you’ll eventually figure it out.

3. Don’t be in a rush to be perfect. Even as I’m typing, the background on my computer has a quote from Mario Andretti saying, “If everything is under control, you’re not going fast enough.” I go through phases where I want to be this grown up, confident, all-together woman, then I realize that I have the rest of my life to be that.

I did think about writing one of those “what I would tell my  younger self” articles, but I know me. I know I’m hard headed enough that I would have never listened to an older version of myself even I was saying that one day red hair would be your greatest feature.That’s the kicker. If you’re young–and smarter than I was–you get to grow up rocking red hair and knowing that standing out is a great thing.

Don’t worry. You’ll get there.