Recently an 18-year-old user on Reddit made a post about her 27-year-old future sister-in-law who is asking her to change her look for an upcoming wedding. With over 25K views and thousands of comments, this post has people up in arms…for good reason.

The original poster (OP) explains how she is a natural redhead and her soon-to-be sister-in-law, Liz, is a natural blonde. Ever since Liz met the OP, she has been dying her hair a similar shade of red. OP says she doesn’t mind because she knows she doesn’t own red hair. However, things took a turn when Liz made a request regarding OP’s hair for the wedding.

Liz asked OP to dye her naturally red hair another color so Liz could be “unique” at her wedding. The bride offered to cover the costs and OP’s parents think she should just “be the bigger person” and go along with it. 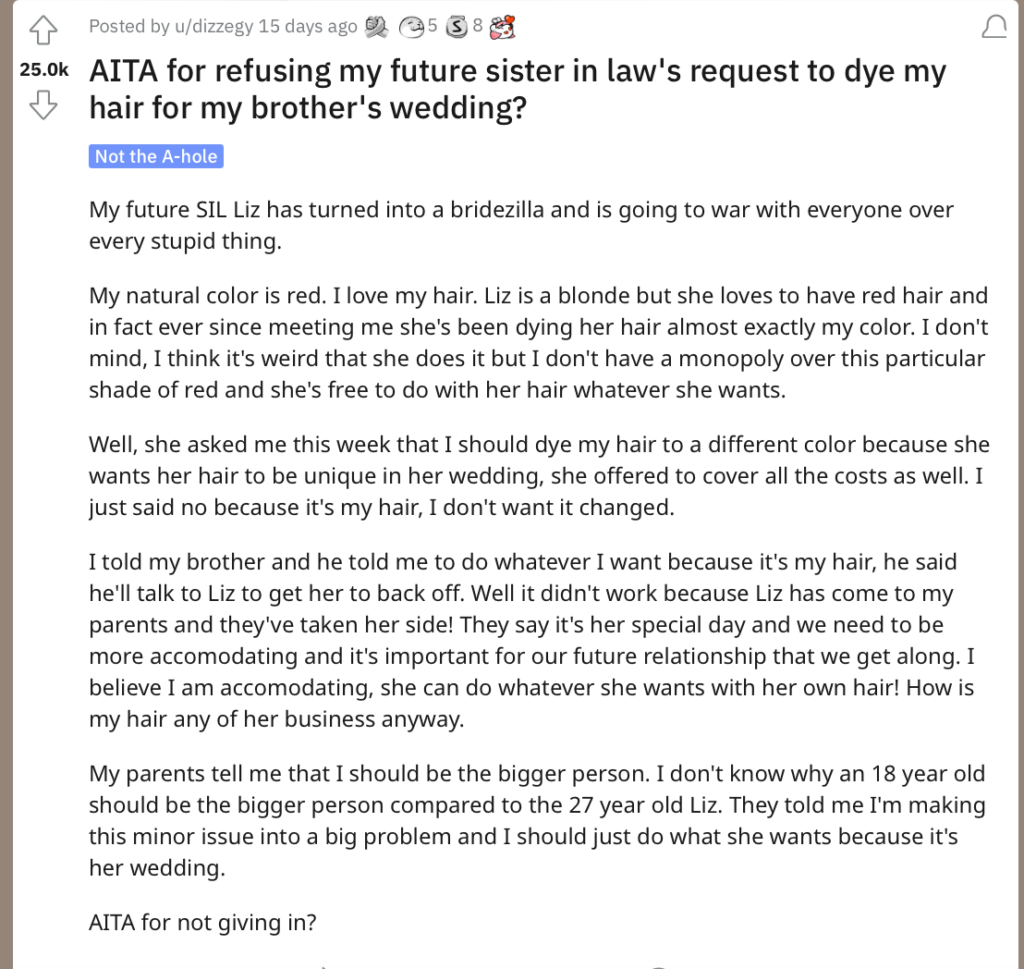 The groom (OP’s brother) thinks OP should do whatever she wants and even asked Liz to back off. But, Liz is dead set on OP changing her hair color before the big day.

The majority of Reddit users are on this redhead’s side and think the bride is stepping over the line. We agree! What do you think? Take a peek at some of the comments here:

READ: The Best Wedding Guest Dresses for Redheads in 2022