The New Year has arrived, so why not make a new resolution to give and receive more redheaded love? Today, January 12th is International Kiss a Ginger Day.

While the holiday may appear silly on the surface, it actually has a greater significance beyond just locking lips.

International Kiss a Ginger Day was invented by a Facebook group in 2009 in order to combat another “holiday” previously created for harassing redheads, Kick a Ginger Day.

Inspired by an episode of South Park released in 2005, Kick a Ginger Day was created as a Facebook group by a 14-year-old boy from Vancouver in 2008. The holiday was no joke—in its first year, numerous redheads in schools were kicked and punched by their classmates, and the perpetrators proudly declared their acts on the group page. Ironically, this took place during Canada’s Bullying Awareness Week. Though Facebook groups aren’t as trendy as they used to be, the holiday has somehow managed to survive, with attacks being reported as recently as two years ago. 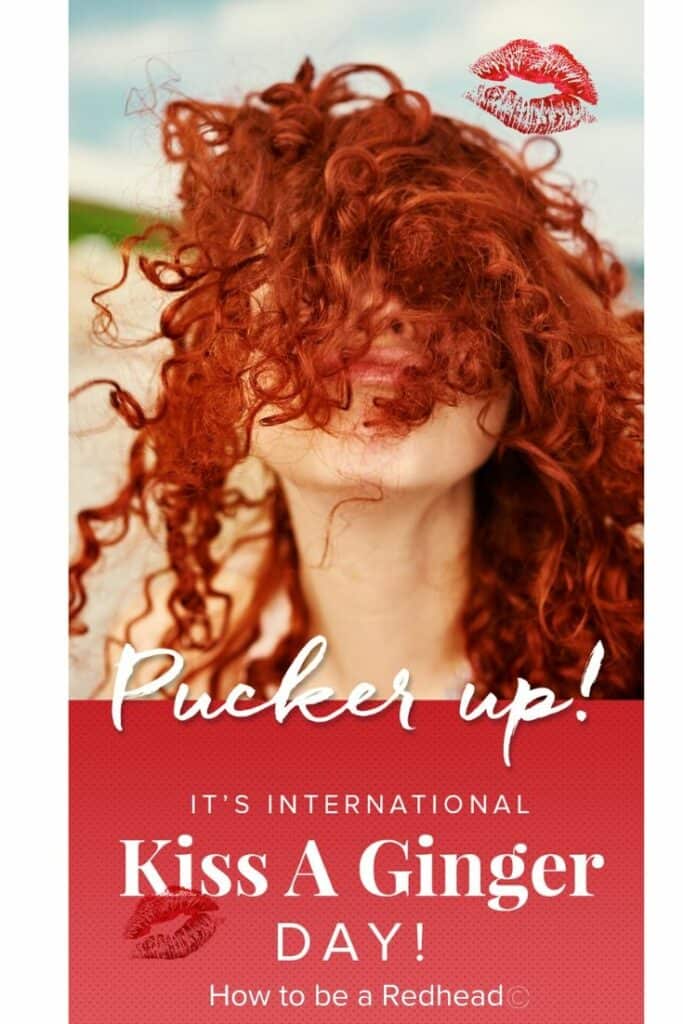 But let’s think on the positive side—besides a few immature middle schoolers, most people find Kick a Ginger Day absurd. The kick-a-ginger-day site begins with a disclaimer: “Kick-a-ginger-day is not a serious event. It’s a joke which originated from Southpark. Don’t kick anyone, we love gingers!” The merchandise the site is comprised of t-shirts and other memorabilia that declare “We <3 Gingers” and “Gingers do have souls.” The site has even changed the date of the event to January 20th, perhaps to create confusion. If you do check out the site though, I would suggest avoiding the flame war in the comments.

Celebrating Kiss a Ginger Day is pretty simple. All you need to do is kiss a redhead or find a redhead to kiss you. It doesn’t even need to be a physical kiss! A simple ???? emoji via text will suffice! Disclaimer: Remember to make sure that the kissing is consensual for both parties, and void this holiday if you are sick.

For those who don’t have someone to kiss, at least not on the lips, kissing on the cheek can be another option. Alternatively, you can celebrate by sharing hugs. There is a separate Hug a Ginger Day on February 22nd, established by a heroic redhead who took over and renamed the original Kick a Ginger Day group.

And, of course, How to be a Redhead created the National Love Your Red Hair Day which is celebrated annually on November 5th.

But there’s no reason to wait to give hugs or love your red hair. The point of holidays is simply to share affection with our beloved gingers, and affection can come in many forms.

Listen to the How to be a Redhead podcast about Kiss a Ginger Day: