“When redheads meet, there is always an exchange of a knowing glance. It’s like being in a secret, silent club.”

Throughout the course of a day, especially if you’re looking for it, you might witness something very special. No, I’m not talking about a rare Pokemon through your phone screen; something better than that. It’s those uniquely unspoken connections that occur between people. It could be the blushing smile a couple of exchanges on their first date. Or that two-fingered, downward-pointing wave all motorcyclists do when they pass each other on the road.  Or that magical twinkle I get in my eye when then the waiter brings out dessert.

But the specific connection I want to investigate today is that knowing-nod redheads give each other whenever we cross paths. Have you experienced this before?

I was visiting a friend in New York City a few weeks ago, and while walking downtown, I passed by the actress who was currently playing Elphaba in Wicked, Rachel Tucker. Rachel Tucker played the role in London on the West End for years before transferring to Broadway, and she’s brilliant!  She’s also an Irish-born redhead.

As we walked past each other, there was a moment of recognition–on my end, this recognition involved her familiar face and a patch of green paint hiding behind her left ear; but on her end, the recognition was all about that unspoken redheaded bond.

I said, “I just want you to know that I think you’re brilliant.  You’re hands-down my favorite Elphaba.”

And she said, “Thank you so much!  I was just admiring your red hair!”

READ: The 10 Most Famous Redheads in Broadway History

We gave each other a nod and went our separate ways–she to the stage door of the Gershwin Theatre, and I down a few blocks to the Brooks Atkinson Theatre where I was seeing the musical Waitress.  I had cheap seats at the top of the balcony, but fortunately, I was close to the only restroom in the theatre.  I decided to take a quick trip to the lady’s, and as I was walking in, Amy Adams was walking out! Because no matter how VIP your seats are, when there’s only one restroom. We’re all equals.

And again, there was a moment of recognition between us.  On my end, the recognition was obvious; I mean, it’s AMY ADAMS!  But what was I supposed to say?  Congrats on your Golden Globes?  Did I love you in Doubt?  No.  I opted instead to comment on our unspoken bond, by saying, “I love your hair.”  And she responded, “I love yours too!” 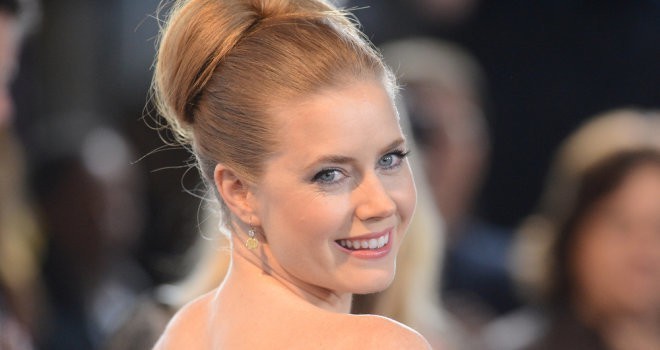 Amy Adams at the ‘On the Road’ Hollywood Premiere on November 3, 2012

These are just a couple of examples, but this type of thing happens to me all the time.  It’s like, as a redhead, I was born into an exclusive secret society, where I’m always accepted and understood.  So why is that?  Why does this unspoken bond or chemistry occur among redheads?

Let’s take a look at this phenomenon together:

1. According to Psychology Today, instant chemistry occurs most often between people who perceive a common trait in one another, such as red hair.
When we sense commonality, we are more likely to approach and initiate a conversation with someone; and typically, we will be inclined to disclose more personal information to someone we share this common trait with.

2. Psychologists also say we feel an instant connection with people we empathize with; meaning that if we believe a certain person may be more capable of understanding what we’re going through, or vice versa, we feel more drawn to that person.

This applies to redheads because we do share a certain empathy with each other. Perhaps we were bullied as children for looking different, or maybe we’ve always struggled to find health and beauty products that work for us, or maybe we’re just recovering from a vicious sunburn–whatever it is, we get each other. We know red hair is not always easy.

3. Our confidence and tolerance level is another factor in building instant connections.

The more open-minded and tolerant a person is, the more likely they are to have immediate chemistry with another person. Psychology Today said that “chemistry occurred most often between people who were down-to-earth and sincere. If a person is comfortable with themselves, they are better able to express their true self to the world, which makes it easier to get to know them.” Many of us have been working on our confidence and being comfortable with ourselves and our red hair our whole lives, and I think in doing so, we have become more down-to-earth and tolerant of others.

4. This instant bond could also be due to mutual admiration.

I think this was the case with my encounters in NYC–we just immediately admired one another. I mean, the admiration on my end was obviously much greater, but at least they liked my hair! I think as redheads, we always have an unspoken admiration for one another. It could be as simple as appreciating a unique hairstyle, or maybe a certain talent, a successful career, or even obstacles a person has overcome in his or her life. I just know that whatever reason I initially admire a person, that admiration grows even deeper when we share that mutual bond of red hair.
READ: 20 Signs You’re Obsessed with Your Red Hair
So no, my friends, it’s not just your imagination! Being a redhead really is like being a part of a special family. And this family would love to hear about the unspoken connections you’ve made with each other. Like or comment if you’ve experienced this too.
Rock it like a Redhead!
Share
Tweet
Pin
Email