Tony Nominations were just announced yesterday, which means it’s almost time for my favorite awards show of the season!  So, in honor of the Tony Awards, I thought it would be fun to take a look back at the redheads who have appeared on Broadway throughout the ages.  While I must acknowledge that many of my favorite Broadway actresses are of the brunette or blonde variety–Sutton Foster, Annaleigh Ashford, Laura Benanti, Audra McDonald–I standby the fact that Broadway would not be what it is today if certain redheads hadn’t paved “The Great White Way”!

The term “Great White Way” is a nickname for a section of Broadway in the Midtown section of New York City, specifically the portion that encompasses the Theatre District, between 42nd and 53rd Streets.

Let’s take a look at some of the glorious redheads in the Broadway spotlight over the years: 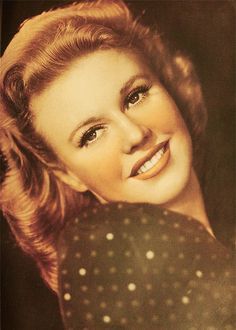 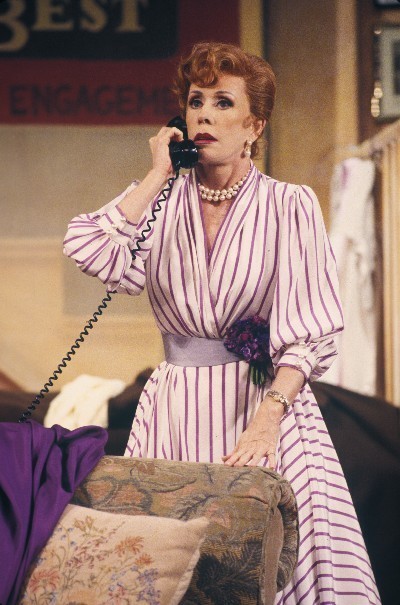 This Queen of Comedy made her Broadway debut as Princess Winifred in Once Upon a Mattress in 1959.  She also performed in Fade Out-Fade In (1964-1965).  She then took a hiatus for a little stint on a show you may have heard of–The Carol Burnett Show, gave my favorite performance as Miss Hannigan in the film version of the musical Annie in 1982, then reappeared on Broadway in 1995 in Moon Over Buffalo. Other Broadway credits include Putting it Together (1999-2000), Hollywood Arms (2002-2003), and in 2014, Love Letters.  The woman is absolutely timeless, and apparently never tires! 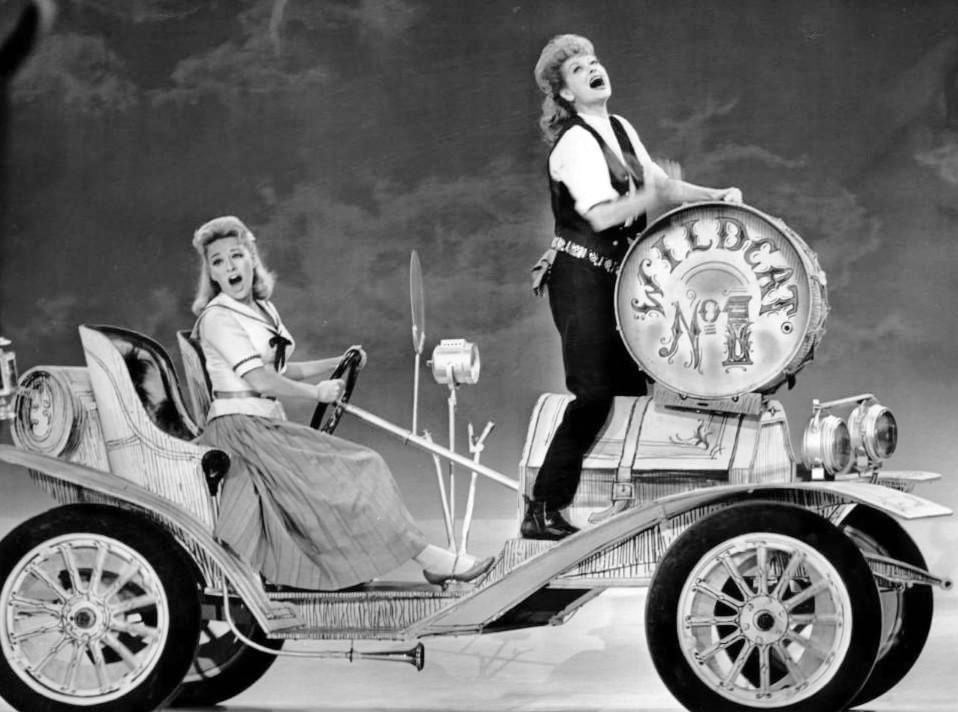 Yes, America’s favorite redhead made an appearance on Broadway!   The show was called Wildcat (1960-1961).  She played the title role of Wildcat Jackson, a woman looking to strike it rich in the oil business.  I wonder if she wore red lipstick on the oil field… 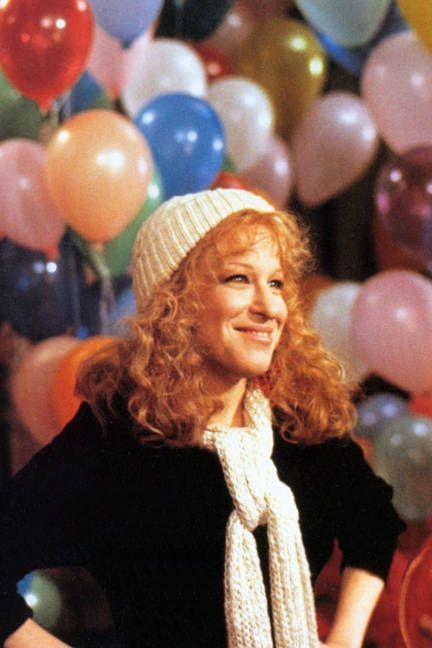 This cultural icon made her Broadway debut in 1964 in Fiddler on the Roof, and since then, if you’ve wanted her to appear on Broadway, you pretty much better have her name in the title of the show:  Bette Midler (1973), Bette Midler’s Clams on the Half Shell Revue (1975), Bette! Divine Madness (1979-1980).  Hey, no judgment; the Divine Miss M has earned her diva status.  Recently, you’ve seen her in Pricilla Queen of the Desert (2011-2012), I’ll Eat You Last: A Chat with Sue Mengers (2013), and guess who’s set to appear as the title role in Hello Dolly this season! 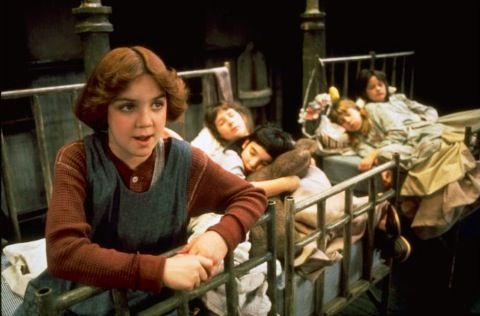 This list wouldn’t be complete without a shout-out to the original Little Orphan Annie. Andrea was only 13 years old when she was pulled from the orphan chorus to replace Kristen Vigard, the actress originally slated to play the title role in Annie in 1977.  Andrea was not just a child-star, though; she has had continued success on Broadway, television, and in the music industry, and although she donned a wig to play Annie, she has kept the red hair ever since! 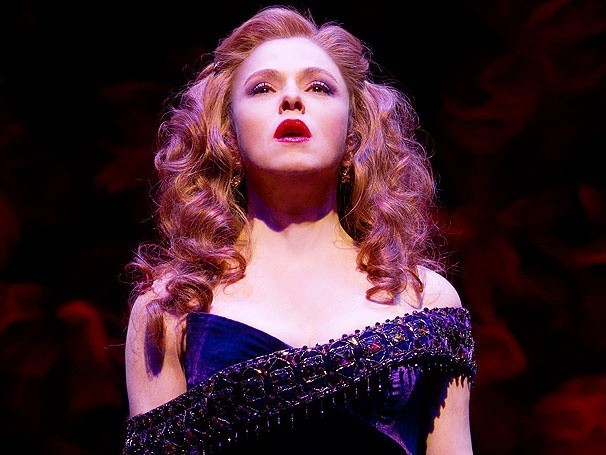 After making her Broadway debut in 1984 in Sunday in the Park with George, this fiery redhead has become more than just a diva, she is a living legend on The Great White Way.  She’s won three Tonys and has starred in too many hits to list them all here.  So, I’ll just mention a few of my favorite performances that I suggest you watch over and over again on YouTube:  Into the Woods (1987-1989), Gypsy (2003-2004), and Follies (2011-2012). 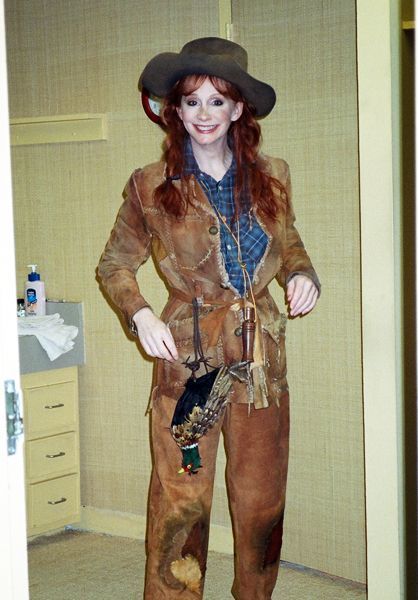 That’s right!  This Southern belle made her way north to grace the Broadway stage in Annie Get Your Gun (1999-2001), and she brought her cowgirl boots with her.  The critics raved that her performance even topped that of “Queen Bernadette,” who originated the role of Annie Oakley in this 1998 revival.  In fact, rumor has it that the Tony Awards Administration decided to create a new category after seeing Reba’s performance–“Best Performance by an Actor or Actress in a Recreated Role.”  Had the category been a reality while Reba was still in the show, she would have won it, but it wasn’t initiated until 2005 and only lasted until 2008.  They did away with it, because there didn’t seem to be any other Reba-caliber recreations in the years that followed… At least, that’s the word on the Way. 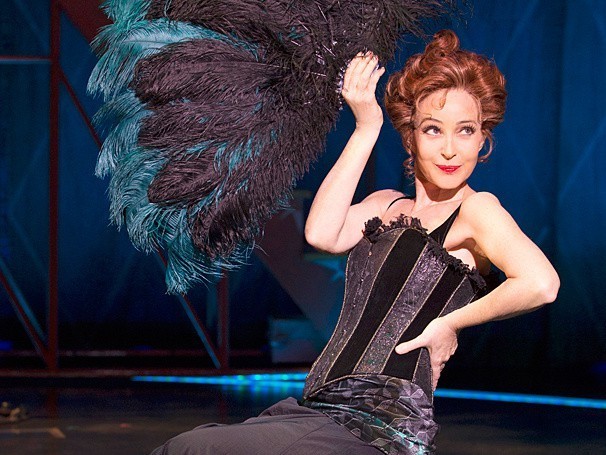 Perhaps best known as Mary Jo in the 80’s sitcom Designing Women, Annie Potts has left her redheaded footprint on the Broadway stage, as well.  She made her debut in 2010 in God of Carnage, and then in 2014, came in as a replacement for the role of Berthe in the revival of Pippin.  I was fortunate enough to see both Andrea Martin (who won the Tony for this role) and Annie Potts in this production, and both women gave Tony-worthy performances. 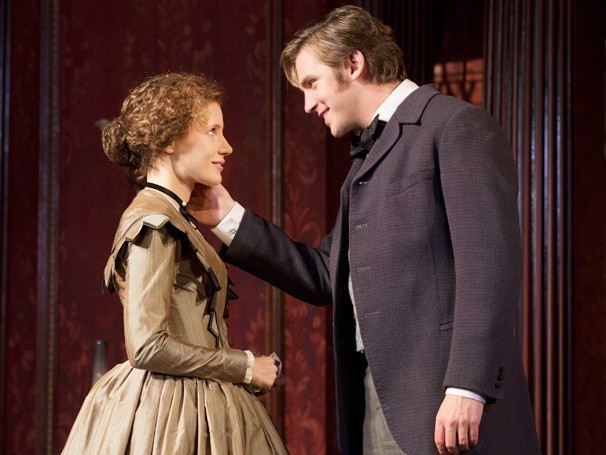 Okay, maybe she hasn’t had the Broadway presence that some of these other women have, but I adore Jessica Chastain, so we’re going to talk about The Heiress (2012-2013).  Jessica Chastain played the socially awkward Catherine Sloper, who falls in love with a suitor that her father insists is only interested in her money.  The play is based on the Henry James novel Washington Square.  Also worthy of mention here: although technically not on Broadway, another redhead, Amy Adams, starred on the New York stage this same year in Into the Woods at the Delacorte Theater in Central Park.  She played the Baker’s Wife.  See a YouTube clip from Jessica and Amy’s performances below: 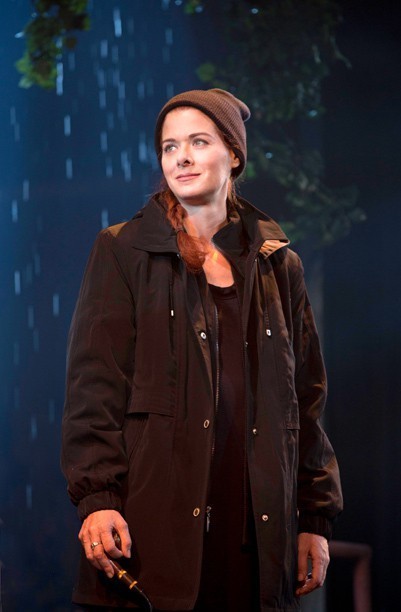 First, let me say that I have been obsessed with Debra Messing for years.  My personal life (sadly) has become an imitation of Grace Adler’s on Will & Grace, and every day I pray that my hair is an imitation of hers, as well–I think most redheads do.  However, one of my greatest Broadway disappointments came at a 2014 performance of Outside Mullingar.  The show was a limited run.  Debra Messing was starring in it.  I could not have been more excited about it.  I’m a teacher, and the show was going to close in March before we got out on Spring Break, so… I had no choice but to call in sick and catch a flight.  I bought a ticket for the closing performance, but when I arrived at the theater that night and opened my Playbill, there was an insert–never a good thing.  “At this performance, the role of Rosemary Muldoon, usually played by Debra Messing, will be played by…”  The heartbreak I felt was worse than my most recent breakup.  But, I wiped my tears, left the theater, ran to TKTS, bought tickets to Pippin, and caught another favorite redhead, Annie Potts, in her replacement role!  So, you win some, you lose some, ya know? 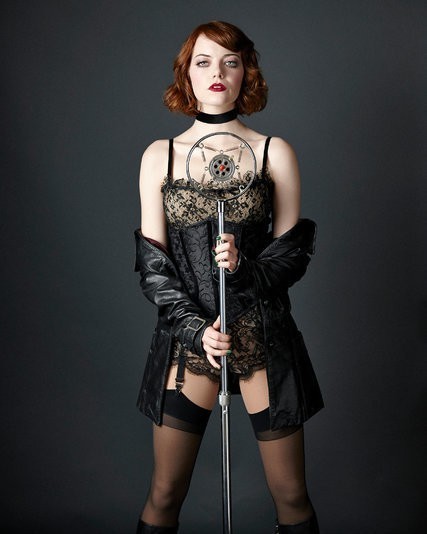 One of my favorite recent performances by a redhead was Emma Stone in Cabaret (2014-2015).  She played Sally Bowles, the seductive headliner of the seedy Kit Kat Klub.  Emma rocked a short red bob and slayed this role!  YouTube her singing “Maybe this Time,” and tell me if there’s anything this woman can’t do.

Heading to New York soon and looking to catch a redhead on Broadway?

1. The King and I: Let me make a few suggestions:  You just missed Kelli O’Hara in The King and I, the role that secured her first Tony last June.  Catch her very memorable Tony acceptance speech here:

Unfortunately O’Hara’s last performance was April 17, but Marin Mazzie just replaced her and is supposed to be fantastic.  Mazzie plays the redheaded lead Anna in an absolutely beautiful production.

2. Wicked: Another CAN’T MISS performance is Rachel Tucker as Elphaba in Wicked.  Tucker is an Irish redhead who created such an iconic Elphaba on the West End in London that we simply had to get the girl to Broadway.  I’ll be honest, I’ve seen Wicked an embarrassing number of times, and Rachel Tucker is without a doubt my favorite Elphaba. 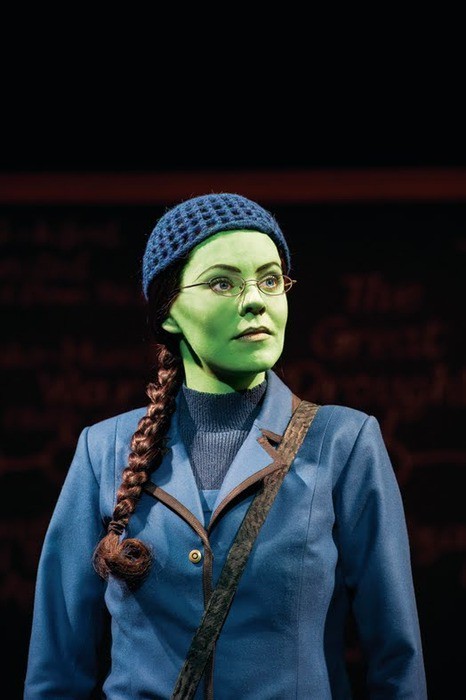 3. School of Rock: The redheaded Sierra Boggess, (The Little Mermaid, Phantom of the Opera) is now playing in the Tony-nominated School of Rock. 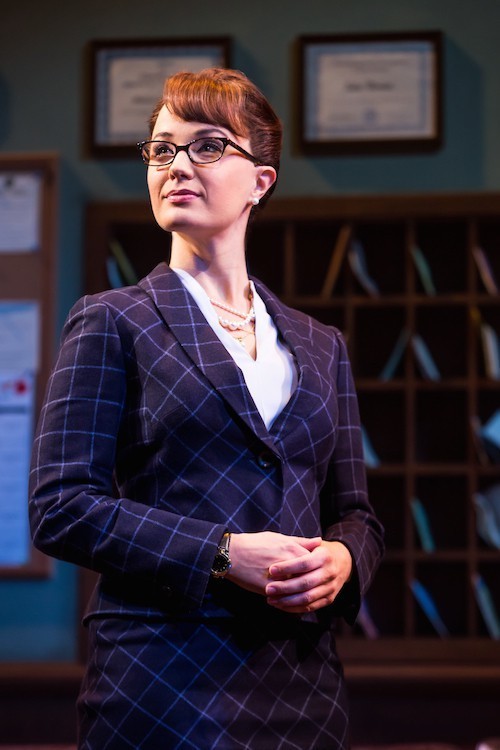 4. Disaster! : Tony-award winner Faith Prince and Rachel York (who gave two of my favorite musical theater performances in Grey Gardens and Anything Goes) are both in Disaster! musical.  I haven’t seen it, but it’s supposed to be hilarious. 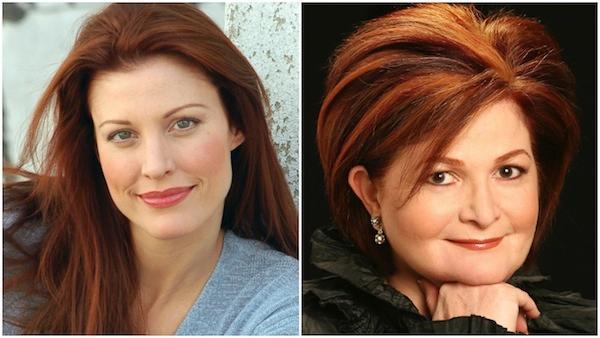 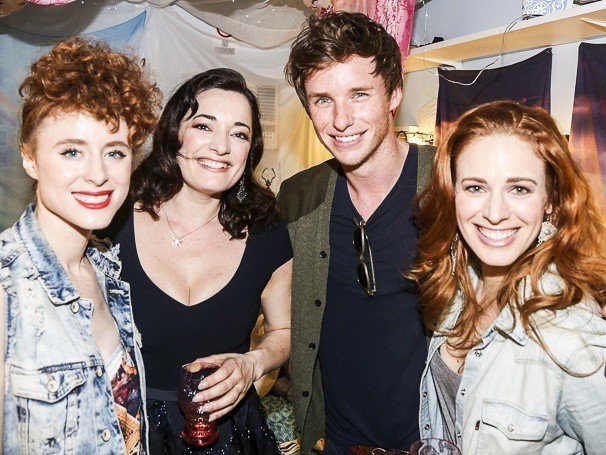 4. Cats: And, apparently the rumors are true–Cats really is headed back to Broadway!  So give our regards Skimbleshanks the red-haired Railway Cat.