…were the words going around and around in my head.

Many call me Apple because of my long auburn hair. Everywhere I went, I was stopped in my tracks and asked, “You have the most beautiful hair color. Is it natural?”

My red hair is best feature and identity. It is my permanent place in my spiel when explaining my fiery nature, “I’m of Iraqi decent, an Aries and a redhead.”

On November 21st 2014, I received the shattering news that I had Leukaemia. With a large mass close to my heart, another on each breast and in my bone marrow, the prognosis was grim. I began chemotherapy immediately.

At 27 years of age, I never imagined it could be me. On that first evening, I felt devastated and traumatized about what lay ahead. Somehow though, the initial terror very quickly switched to optimism and I began to embrace the situation by way of my red hair.

My energy was directed towards finding the best hairdresser and coolest short styles, chicest head scarves and most convincing wigs. Overnight I had lined up a hairdresser to take me from long to short and, a week later, even shorter. I loved the new cuts. They were fresh and liberating and I felt more like I was being prepped for a photo shoot than a nine-month bout of intense chemotherapy.

As the hair started to thin and fall out, shaving was the next step. It would have been more heartbreaking to see patches on my head, and hair all over my pillow, than to wave goodbye to it in one go, and on my terms. A very close family friend did the honors, at first taking it down to a with a no.2 buzzer.

See the video below from my experience:

At this point, I was so pre-occupied with loosing my hair that the seriousness of my situation didn’t actually hit me until about week six of treatment. By this point, the drugs had taken affect, I had lost a lot of weight, was feeling very weak, and the bald head served as a constant reminder of my illness.

As open as I was about my experience, having blogged about it throughout, I was only comfortable enough around close family and friends to show my bald head. Wigs largely got me through. Brown, blonde, long, short – you name it, I had them all. The variation helped keep things interesting, but nothing felt more right than rocking the red ones. Once a redhead always a redhead!

I grew so attached to the wigs and even began to see the perks; they were efficient, I could literally run out the door with my hair in my hand and bad hair days were a thing of the past.

The wigs were great, but nothing compared to the return of my own red hair, just in time for my sister’s wedding. Whilst it was very short, I somehow managed to pull it off.

Throughout this experience, I discovered that if you do anything with gusto and confidence, and feel good from the inside then it is mirrored on the outside.

As my red hair continues to grow, I have to keep finding ways to make the new lengths work. It is challenging at times, but experimental, fun, and who wouldn’t want to experience being every kind of redhead (bob, short, medium, long) if they had the chance?!

I may have lost my long red locks, but I gained an inner confidence and realised that beauty is beyond your external appearance. I also learned that your soul doesn’t diminish, but rather flourishes, in the face of adversity.

Once impulsive and impatient, I am now more considerate, mindful, grateful and understanding. Whilst I still have a year of treatment ahead of me, December 31, 2015 marked my first remission anniversary. It couldn’t have come at a better time – what I had previously deemed as “just another day” now has a whole new meaning. 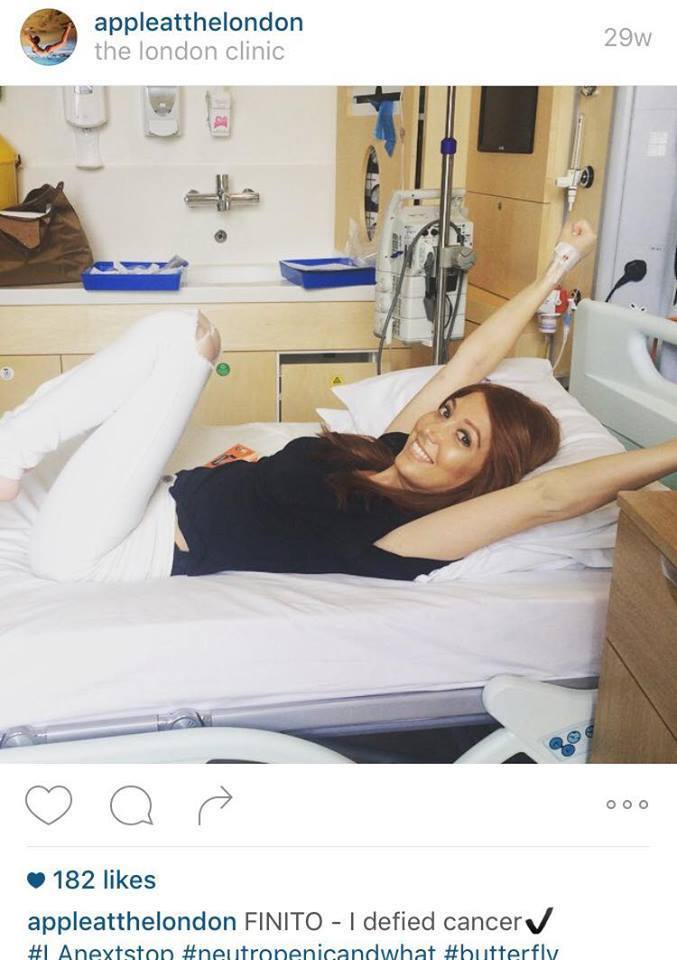 I believe my red hair helped save me from the effects of cancer. Both of my grandmothers are redheads and they are strong too. My red hair is a reflection of an inner strength which I know has helped me beat, accomplish and overcome any challenges. I move into 2016 with high hopes for the future, plans to give back through helping others, and rockin’ it like a redhead for the years to come.