The Hollywood Reporter asked a very good Oscar’s question, “Why Hasn’t a Redhead Ever Won?” This year, redheads like Julianne Moore, Jessica Chastain, Amy Adams, Emma Stone could put this curse to shame and win the award. Even the famous Maureen O’Hara had to wait until she was 94 to get a nomination. She was never recognized during her career.

This year, our fingers are triple crossed that one of the crimson ladies will win. Julianne Moore was last nominated in 2003 for Far From Heaven and supporting in The Hours. But her current film Still Alice is considered a best actress frontrunner. It is important to note that Nicole Kidman did win Best Actress in 2002 for her leading role in The Hours, but she was a blonde for the movie and acceptance speech.

Jessica Chastain has been nominated twice for an Oscar. This year, she has 4 movies which could give her the winning title:  — Miss Julie, the sci-fi epic Interstellar, A Most Violent Year or for The Disappearance of Eleanor Rigby. And, Amy Adams has been nominated for playing Margaret Keane in Big Eyes.

Many redheads are taking to Twitter to respond to this so called “jinx”: 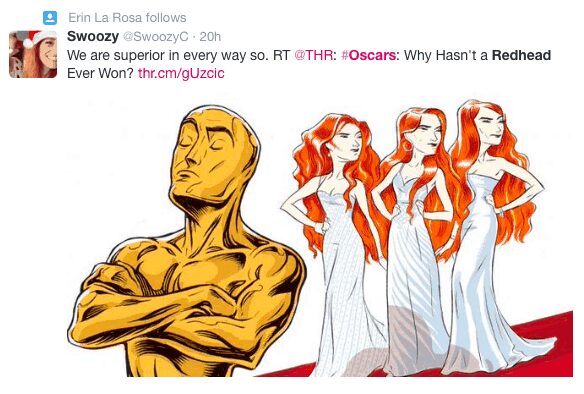 What do you think the end result will be? Who do you think will win? It looks like we’ll have to wait until February 22, 2015 to tune in and cheer for our red ladies. 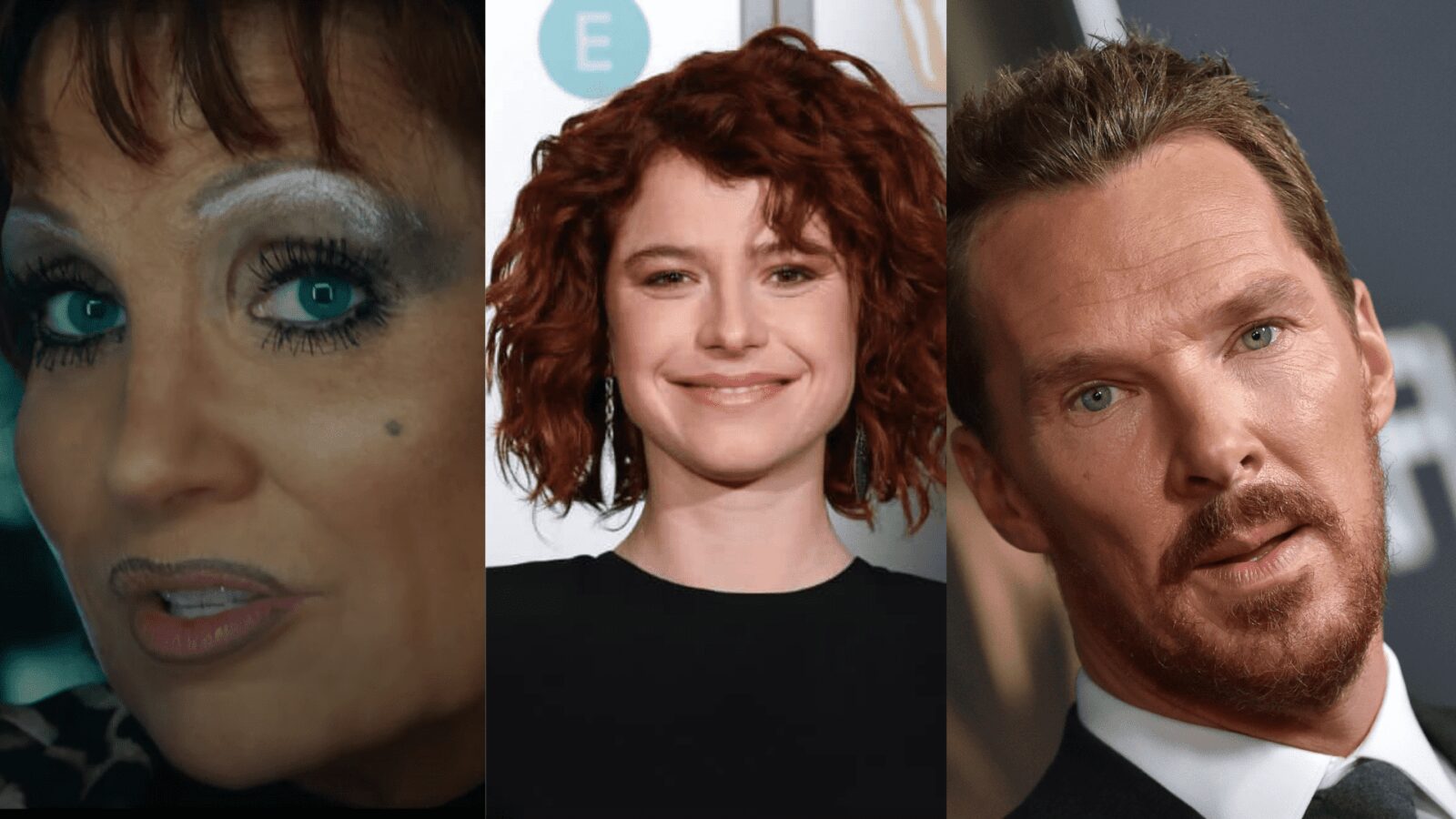 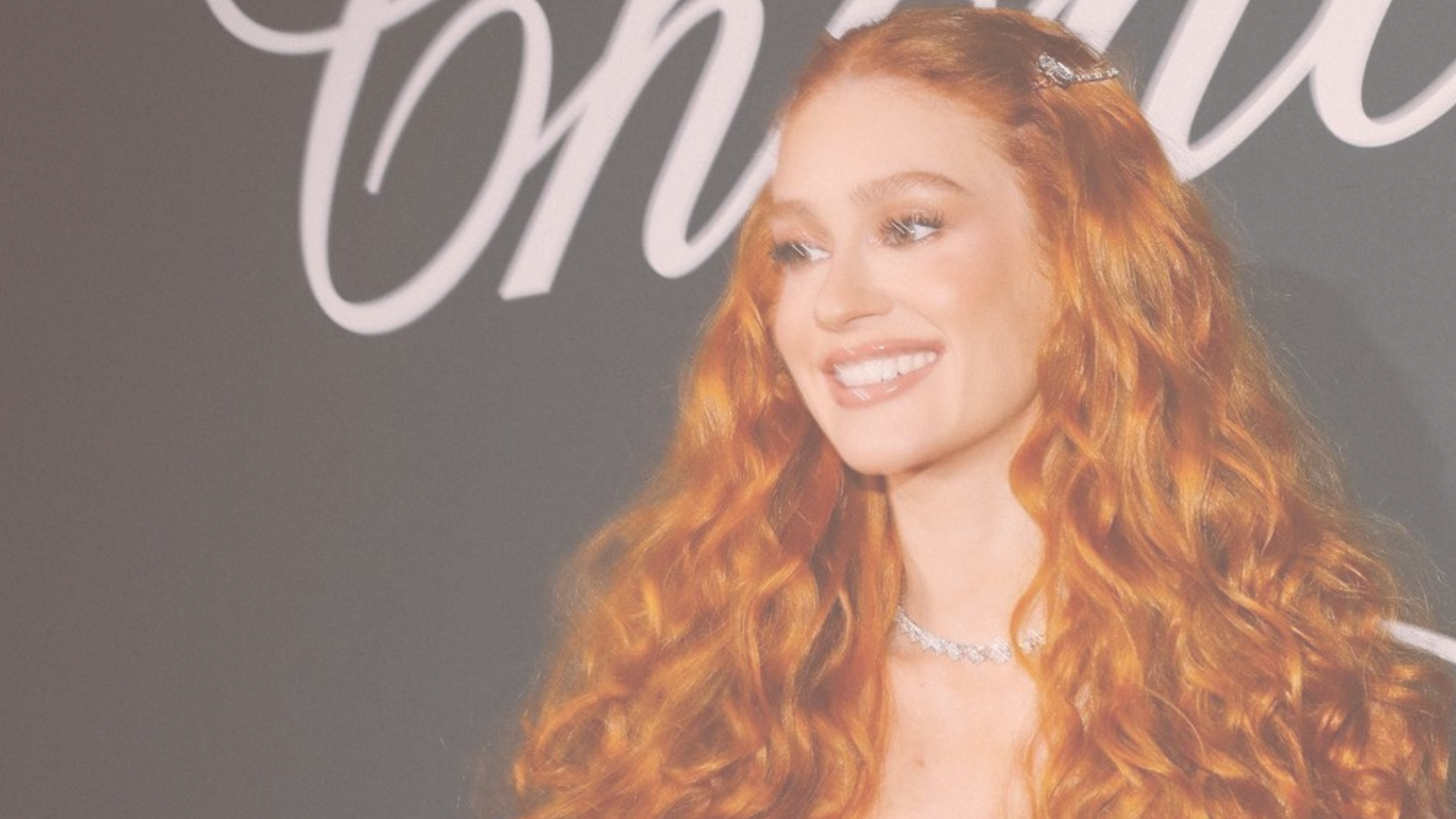 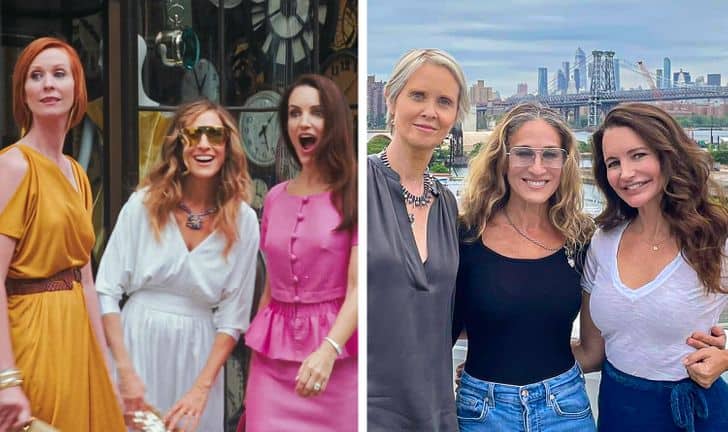