Jessica Chastain discussed her frequent “strong women roles”, the struggle to make it in Hollywood and as always: her red hair — all on the 2017 Golden Globes red carpet.

If you’ve been following Jessica Chastain’s career, you know she has always played impressive women during her acting years. She has been asked by many interviewers in the past, “Why do you choose such powerful women roles?”

She spoke about this in a gorgeous Prada embellished gown with floral details on the red carpet. 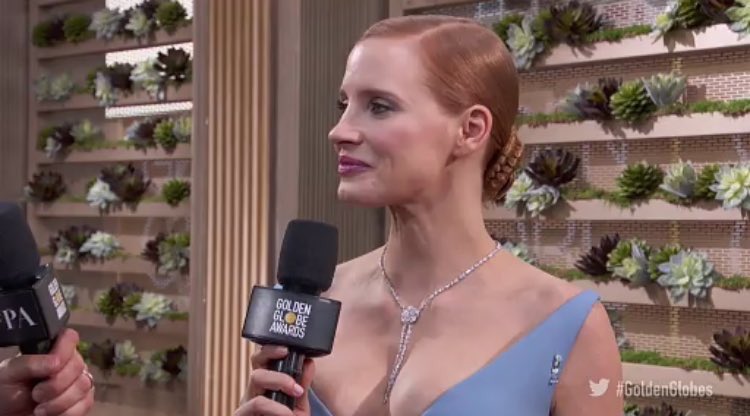 “We need those women out there, right?” she said prior to the start of the Golden Globes. “More and more and more. Everyone keeps asking me, why do I always play these strong female characters? For me, every woman I’ve ever met is strong. So it’s such an absurd question. Because it’s like, I’m just playing a natural woman, a real woman. I’m excited to find characters that challenge the status quo of how we imagine women are supposed to be. So that’s what I’m going to keep doing, I hope.”

She was nominated for best actress in the title role of the movie Miss Sloane, the story of a highly-successful D.C. lobbyist. Although she didn’t win, redhead, Isabelle Huppert did for her role in Elle.

Chastain shot Woman Walks Ahead. “I just played Catherine Weldon,” she said, “who was this woman in New York, 30 years before women had the right to vote. She went to the Dakotas and befriended Sitting Bull, and they had this very deep friendship. 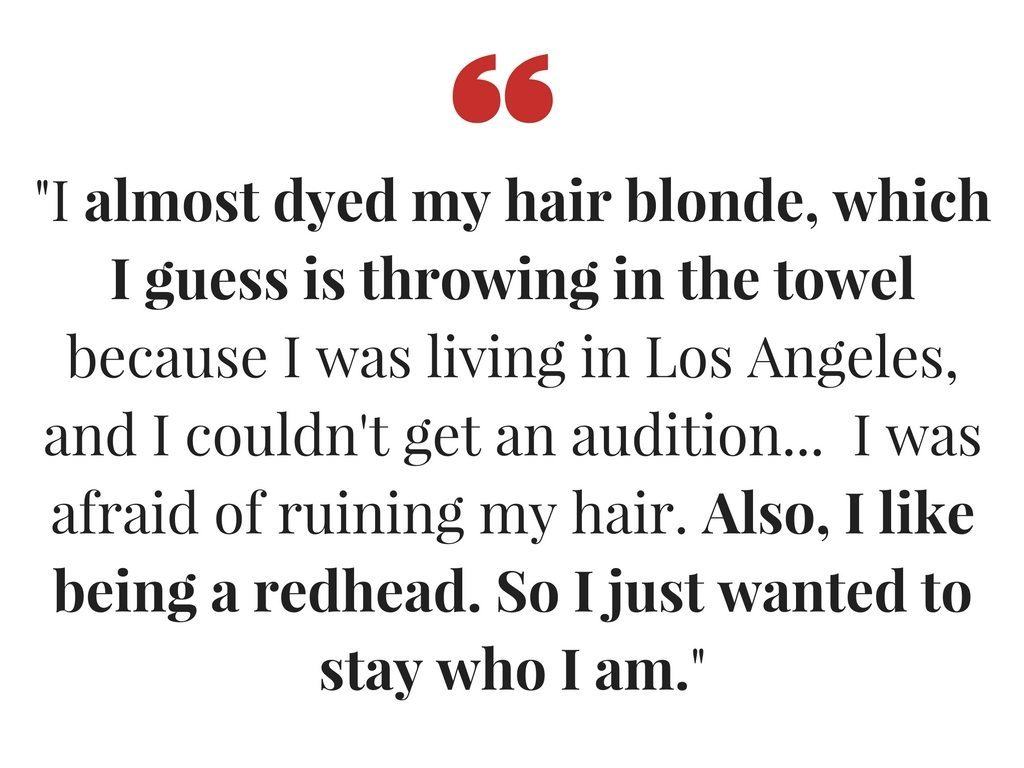 Chastain also has The Zookeeper’s Wife coming out this year, in which she embodies real-life hero Antonina Zabinski.

She was then asked if there was ever a time when getting roles was tough and she said, “I almost dyed my hair blonde, which I guess is throwing in the towel because I was living in Los Angeles, and I couldn’t get an audition. Then I thought, ‘Well everyone’s blonde here, so maybe I should dye my hair blonde.'” But the red hair remained because, she says, because “I didn’t have very much money. I couldn’t go to the grocery store and just buy a blonde kit. I was afraid of ruining my hair. Also, I like being a redhead. So I just wanted to stay who I am.”

We love Chastain’s love for herself, and how she never fails to Rock it like a Redhead!