Tanna Frederick is a stage and independent film actress who rose to prominence for her title role in Henry Jaglom’s “Hollywood Dreams”, for which she received the Best Actress Award at the 2008 Fargo Film Festival.

She sat down with How to be a Redhead to discuss her road to fame, her career and life as a redhead:

H2BAR: How and when did you start acting?

TF: I started acting in 5th grade at a very prolific children’s theatre in Iowa.  I did five shows a year ­– painted and built the sets, ran and hung the lights, went to classes – I lived for that theatre.  We were treated as adults and it instilled a professionalism in me that I don’t think I could have receive at any other program.

H2BAR: What has been your favorite role thus far?

TF: My favorite role has been the character of Moxy in “The M Word“, coming out this December, co-starring the other redhead, Frances Fisher who plays my mom and is funny as all. Michael Imperioli is also in the film. My favorite role to date on stage has been a toss up between Sylvia, in which I played a dog, and my show currently running right now, “The Rainmaker”, at the Edgemar Center for The Arts.  We’ve almost been running for a year now, got L.A. Critic’s Pick (thank goodness) and it’s a fantastic production.

H2BAR: How has having red hair shined a positive aspect to auditioning and casting roles?

TF: People usually go after me for ‘quirky’ or ‘sexy’ roles because of my red hair, which I’m just fine with.  It helps, perhaps, to stand out as an actress when I have red hair. Some people can’t pronounce my name, so they’ll call me ‘that redhead who was in such-and-such.’ So, being a redhead creates at least a somewhat profitable distinction between me and a brunette or blonde ‘who was in such-and-such’. 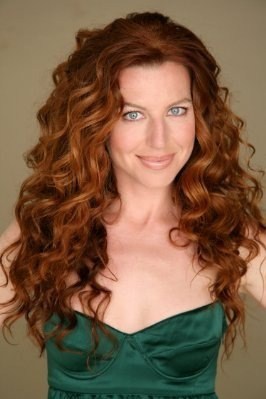 H2BAR: You’re currently staring in Jaglom’s film, “Just 45 Minutes From Broadway.” What character do you play with Judd Nelson?

TF: It was originally a theatre show we ran for a year, and then turned it into a film.  I play a down and out actress who falls in love with her sister’s fiancée who unfortunately is a ‘civilian’ (in other words a real estate agent) played by Judd Nelson.

H2BAR: We love it! Where can our viewers watch it?

H2BAR: We’re loving your curly haired photos on your website! Is your hair naturally curly?

H2BAR: What products do you use to enhance the curl?

TF: I just let my hair air dry and leave a hint of Dove conditioner in it.

TF: It’s fun, it fits my personality, and I get more attention from the boys.

TF: When you have red hair, that is your accessory and I have learned to let that be bold and not overdo my hairstyles with sparkly or glittery things.  My hair gets jealous if some accessory is in it getting more attention than my hair.  Stuff gets nasty all up in there, so I try to keep the peace [she laughs].

TF: When I’m not shooting or doing a show, air dry for sure.  But, I usually have to get my hair done for something, so I always have my ends trimmed to keep my hair long.

H2BAR: Describe your fashion style to us! 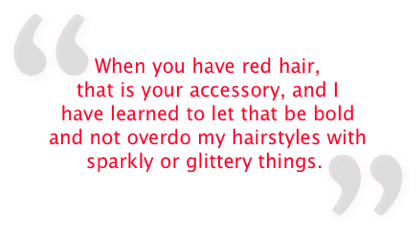 H2BAR: We’ve heard that you are an avid runner and are a second degree Tae Kwon Do. Tell us more.

TF: I love sports, but more extreme sports – skateboarding, surfing, marathons, and martial arts.  They keep my life in balance when the sturm und drang of the business gets a little stressful.  My goal is to qualify for The Boston Marathon and move up in degrees in TKD, as well as not be a kook out in the line-up.

H2BAR: We’ve also heard that you are the founder of the Iowa Film Festival. When does that take place?

TF: We just wrapped up our 7th Iowa Indie Film Festival.  I have a wonderful board of directors, led by Richard Schinnow, in Mason City Iowa.  I called up Richard eight years ago and told him we should co-found a festival – I was at the Ashland Film Fest and I thought my hometown in Iowa reminded me of the warm, intelligent welcoming audience in that community of Ashland.  It’s been fantastic and inspiring!

H2BAR: What are you most looking forward to in the next few months and into 2014?

TF: I am going to Vietnam in February with my non-profit, Project Save Our Surf.  I founded a non-profit with surf legend Shaun Tomson eight years ago, and it’s surfers and community support that has helped us evolve and stay alive.  We now send 2,000 underprivileged kids to camp every summer, and have teams providing access to fresh water all over the world.  Our next stop is Vietnam.  We will be installing filters in orphanages and schools, and running surf clinics for local children there.  Only 38% of people in Vietnam have access to clean water, so I am very stoked about this project.  Also, my dad fought in Vietnam, so I will be taking him there with me on our team and he will see it for the first time since fighting while helping to provide clean water to communities;  eco-therapy of sorts.  One can sponsor the project going to the site and buying a cool t-shirt made out of recycled water-bottles. 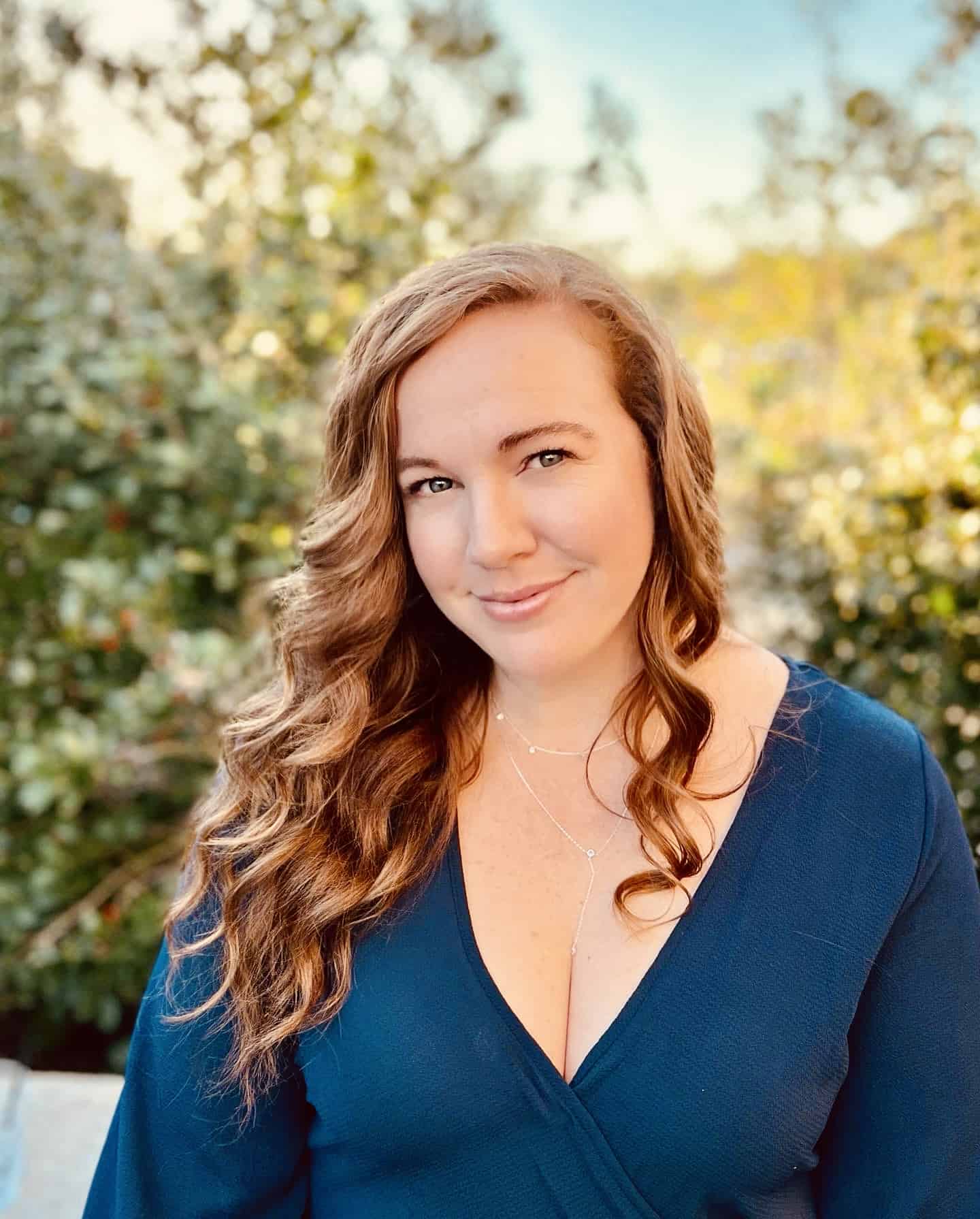 Redhead of the week