Redheads everywhere were excited when news broke that “Anne of Green Gables” might be coming back to TV. Now it’s confirmed! Anne of Green Gables will be the latest dramatic TV series on Netflix. Production will begin in Canada next month.

The series, Anne with a E, will be a bit edgier and more dramatic than the previous editions based on the 1908 novel by the Canadian author Lucy Maud Montgomery. The new eight-episode series will be written by Canadian, Moira Walley-Beckett. She recently found critical acclaim for her work on the hit TV series, Breaking Bad.

Most of us grew up adoring Anne of Green Gables and are excited to re-connect with the character: Anne Shirley. She is an orphan who finds herself in the care of a pair of elderly siblings on Prince Edward Island, a place described in the author’s journals as rich in “ruby, and emerald, and sapphire.”

She comments on her red hair continuously (and we hope this continues in the Netflix series) with famous quotes such as: 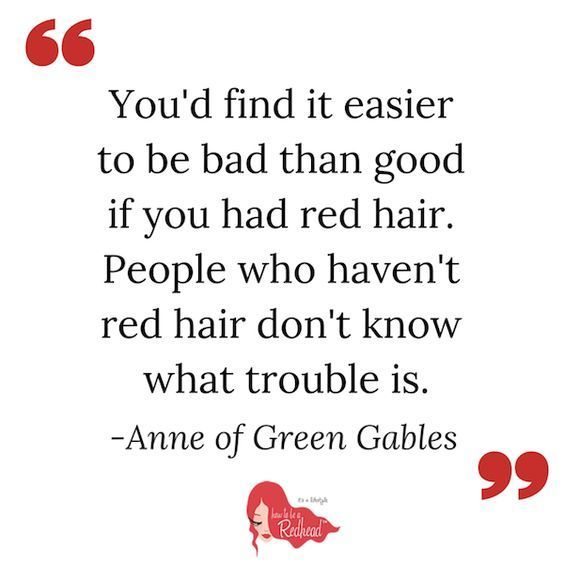 Elizabeth Bradley, the vice president of Netflix, praised the series in a statement, saying that “Anne Shirley is one of Canada’s greatest gifts to the world, known and loved internationally.”

The series, which was greenlit by the Canadian Broadcasting Corporation, will be produced by Northwood Entertainment. The series will be directed by the New Zealand-born writer and director Niki Caro.

..But the question still is: will Anne have red hair? There is no word yet on casting. According to a CBC press release in January 2016, “while the new series will follow a similar storyline to the book that millions of readers around the world know and love, it will also chart new territory.”

READ: Main Character in ‘The Little Mermaid’ Will Not Have Red Hair

We can only hope.

Anne with an E is now streaming on Netflix, and YES! She has red hair. Natural born redhead, Amybeth McNulty, is the lead actress.

Main photo: Megan Follows as Anne Shirley and Jonathan Crombie as Gilbert Blythe in a scene from “Anne of Green Gables: The Continuing Story.” CreditSteve Wilkie/PBS