A perfect St. Patrick’s Day celebration is incomplete without festive Irish music. Like many redheads of Celtic heritage, I enjoy listening to tunes from the Emerald Isle.  Here are 10 recommended songs from some of my favorite Celtic artists to help set the tone for a lively redheaded St. Patrick’s Day.

Note: These songs are not ranked in any special order since I find them all equally wonderful!

1. “The Rocky Road to Dublin” by The High Kings

The High Kings are among my favorite Irish singers. These talented crooners and musicians always stir the soul with melodic flair. I find their rollicking version of “The Rocky Road to Dublin” to be one of the best renditions of this traditional song, which tells the story of a rural young man’s journey to the big city.

If you’d like to lend an ear to feminine Celtic chant, Celtic Woman has some of the best songs out there. This all-female group of singers always creates a feisty and beautiful atmosphere. They can make a Celtic redhead (myself included) feel mysterious and somewhat elvish—or maybe just plain Irish!

Albums by Celtic Woman are definitely “redhead friendly” –– often featuring a redheaded lass on the cover (which earns a major plus in my scorebook!). Half-sung in Gaelic, “Nil Se’n La” toes the line between mystique and hearty energy, and stays peppy enough to be worthy of an Irish party.

3. “The Wild Rover” by the High Kings

The best Irish drinking songs can only be heard spontaneously in bars or pubs, amid smoke, liquor and a convivial community atmosphere. The best singing is off-key, loud, and accompanied by traditional instruments, foot-tapping and banging on tables. The closest you can get to a recorded version of this is “The Wild Rover,” by The High Kings.

Many Irish songs have to do with “roving” traveling or free-spirited wandering. A great song for partying and troublemaking, “The Wild Rover,” is a perennial favorite for Irish drinking songs.

Like many people of Northern Irish (Ulster Scots) descent, I have a deep love for fiddling music. I am drawn to a certain kind of fiddling. The type of fiddling I enjoy hearing is difficult to define in words, but I’ve found that most of my favorite fiddle melodies usually turn out to be Northern Irish airs or energetic jigs with a Scottish ring to them.

One of my favorite fiddlers is Alasdair Fraser, a Scotsman who has mastered the art of both poignant and danceable fiddling tunes. I believe that “Tommy’s Tarbukas” is one of his best works.

5. “The Star of the County Down” – The Irish Rovers

“The Star of the County Down” is a lovely traditional song, which allegedly has roots in Northern Ireland. It tells the story of a man’s determined quest to woo a beautiful woman he happens to see one morning in the countryside. This song is very popular with traditional musicians, including fiddlers (instrumentals which I highly recommend!)

For the best music with lyrics, I inevitably turn to The Irish Rovers, another one of my favorite Celtic singing groups. No song by The Irish Rovers lacks zest or humor; in addition to rendering traditional tunes well, the group has also created many original songs which are very pleasant to listen to. The Irish Rovers’ rendition of “The Star of the County Down” is arguably the most high-spirited version and being high-spirited by nature, I like it the best.

This live recording of The Rovers in full swing is ideal for Irish parties or general redheaded mischievousness. The Irish Rovers also produced a slower version of this song, also available on YouTube.

For those of us who enjoy both Country and Irish music, we are very lucky that both genres have been blended into a unique category— “Country and Irish” music is a very popular genre in Britain and Ireland, blurring the line between traditional Celtic tunes and American country music. Nathan Carter is a top artist in this genre and I highly recommend his work. “The Banks of the Roses” is a traditional Irish love song; Carter transforms it into a catchy melody, adding a modern beat and a cheerful accordion.

The Irish Rovers are back again, this time with a very humorous Irish tune I always greatly enjoy. The traditional song, “Finnegan’s Wake”, which inspired a grim novel of the same name by James Joyce, is a darkly comedic yarn somewhat similar to the plot of the 2007 British film, “Death at a Funeral.” The song spins the tale of a blundering bricklayer and a barroom-style brawl at a solemn wake, peppered with lots of liquor.

The Irish Rovers give one of the most boisterous and authentic versions of this classic, flawlessly conveying characters and moods in the story yet still maintaining a danceable beat.

No Irish celebration would quite be complete without the music of Christy Moore. Named Ireland’s greatest musician by RTE in 2007, he’s renowned for his legendary singing and skillful wielding of the guitar.

Moore won my admiration for his rendition of “Lanigan’s Ball,” an exciting and powerful traditional tune (which, coincidentally, is of North Irish origin.) The song tells the rather humorous story of a young man who invites all his neighbors to a lavish party which goes wildly wrong. The song is a favorite for fiddle enthusiasts such as myself.

After having searched high and low for a suitably fierce and soulful version of this classic, I decided that Moore’s rendition is the crème de la crème. Both the fiddling and the singing are first-class (also, Moore’s brogue is charming to listen to!)

Few fiddlers can create a hopping mood like Natalie MacMaster, a wizard of Cape Breton fiddling who never fails to create magical Celtic music experiences. “David’s Jig” is one of her masterpieces and an essential to encourage guests at any Irish party to start dancing around the room. (Warning: I’ve noticed that listening to this song can cause random and spontaneous foot-tapping. Be aware of this if you decide to listen with headphones in public spaces.

10. “The Orange and the Green” by The Irish Rovers

The best Irish song lyrics always make you laugh. One of my favorite Irish humor songs is the ironic anthem, “The Orange and the Green,” by The Irish Rovers. The singer tells the story of his upbringing in a religiously divided Irish family, honoring both his parents while painting a comic picture of the holy tug-of-war he experienced.

The tune to which the lyrics are set originally accompanies the Irish nationalist song, “The Wearing of the Green”. Here, however, the melody playfully highlights the singer’s baffled situation and creates a cheerful mood.

Many people I’ve shared the song with immensely enjoy it since the humorous situation is relatable for many of us with Celtic roots and religious differences in our family backgrounds. Comedy aside, the tune’s catchy beat makes it a must for any Irish celebration.

Subscribe to the H2BAR Box: A monthly and quarterly beauty subscription box for redheads! Use code: REDHEAD to receive 15% off! Subscribe now! 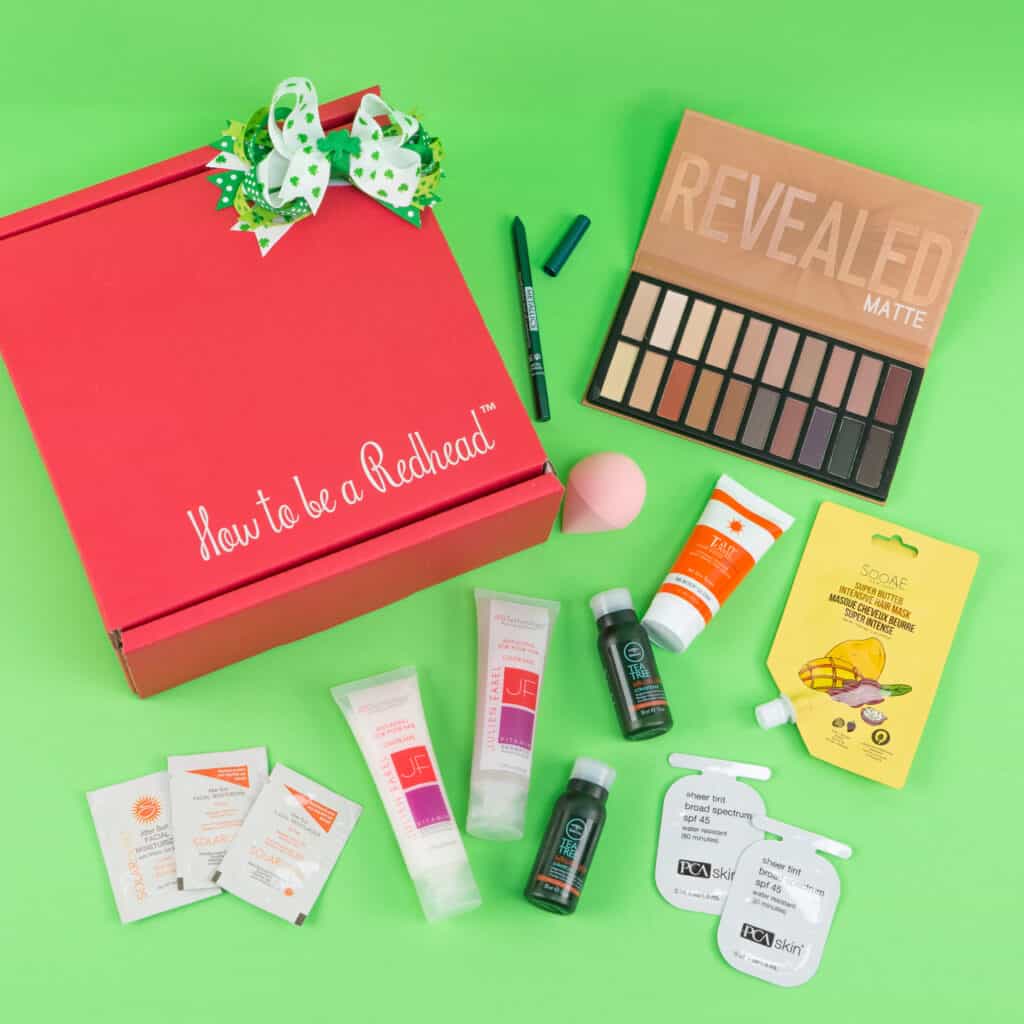