When you grow up with red hair, you frequently experience interesting questions and assumptions from others. These are the top 5 most common things I experienced as a redhead:

1. Your parents may not have expected you to have red hair

My mom has blonde hair and my dad has dark brown hair. All of my grandparents were varying shades of brunette and blonde. Naturally, when I showed up with curly red hair the doctor asked if there were any redheads in the family. According to my cousin’s theory, I have red hair because my mom had her hair dyed red when she was pregnant with me. But the family tree says there are a handful or two of redheaded cousins in Germany and whispers of the existence of the redhead gene in Mexico. Either way, here I am.

READ: 10 Signs You Grew Up With Red Hair

2. Strangers will probably always think your hair is dyed

Even when you’re a toddler! When I was very young, my mom was still dyeing her hair red and decided she preferred my shade of red over the one she’d been previously using. This led to her comparing hair dye shades to my natural red hair in the grocery store. This is when a random woman saw my mom holding up hair dye bottles to my head and flew into a rage about me being too young to have dyed hair.

3. People will assume you’re related to the other redhead in your school

I was part of the color guard with the marching band at my high school for four years. It was a great experience and they became like my second family, so they knew I had a younger brunette brother. A freshman with red hair showed up and everyone assumed he was my younger brother. It took a lot of explaining and convincing to explain to the band (and a handful of non-band people) that the new freshman redhead and I were not siblings. We were just two random redheads with no prior connections.

4. Your red hair will cause weird things to happen to you

I have a tendency to wander off in grocery stores. On one of these occasions, it took a few aisles for me to notice a strange man was following me. When I finally turned around to try to get a better look at him, he stopped with a panicked look about two yards from me. He apologized and said his daughter had a similar shade of red hair like me and she had recently left for college. He said he was really missing her. I gave him an awkward smile and sped walked away.

5. You will find out at an early age that sunscreen is never optional

During my first two years of college in hot south Georgia, I spun for the marching band at my college. Surprisingly, there were about 10 redheads in the band. We used to have pre-practice huddles and would establish what we were doing that day and week. In one of these, the band director made an off-handed comment about the sun. He says, “With a bit of sunblock you’ll be fine. It’s not like you’ll instantly burn in the sun if the sunblock wears off.” Us redheads simultaneously made deadpan eye contact in disagreement.

What have you experienced? Did you love or hate your red hair growing up? WATCH the video below – 7 redheads discuss how it was growing up with red hair.

Subscribe to the H2BAR Box: A monthly and Deluxe (quarterly) subscription box for redheads! Use code: REDHEAD for 15% off! Subscribe now! 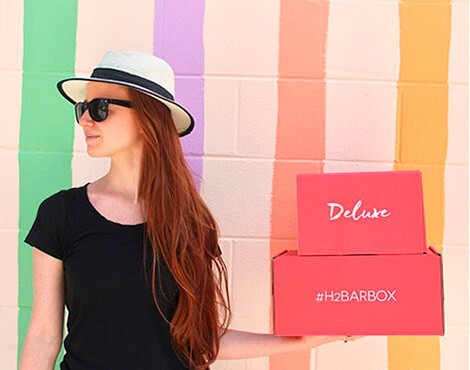