Redheads, we’re closing in on the end of summer so that means it’s time to get serious about getting that rest and relaxation in. Here are 10 films and TV series on Netflix to use as an excuse to make popcorn, put on a face mask, and not leave your couch for a long, long time.

I might be biased because Amy Adams is one of my favorite actresses ever, but Arrival was hands down the best science fiction film I have seen in a long time. It centers on Adams’ character Dr. Banks, a linguist handed the near-impossible task of learning to communicate with aliens that have recently landed on earth. As a language-lover, the way she explained certain aspects of communication were so interesting and every moment of the film had me on the edge of my seat. Similar to the Sixth Sense, the last few minutes will have you rethinking the entire plot and you’ll have to watch it twice! 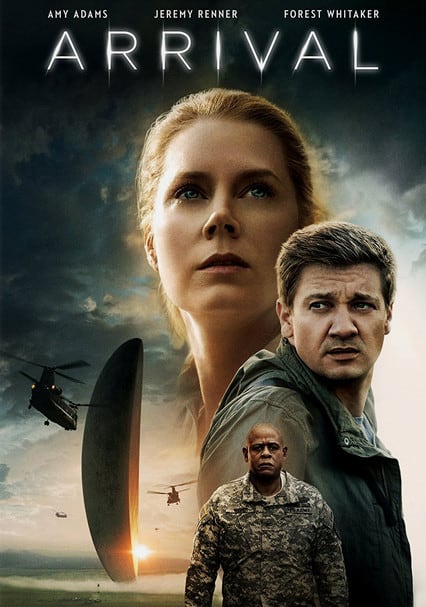 If you haven’t already jumped on the Stranger Things hype train, it’s about time you do! This series is a total homage to the 80s and follows a group of kids trying to save their best friend and entire town from some very, well, strange things, that are going on. In the second season, we meet Sadie Sink, who plays Maxine, a sassy redhead who joins the gang. This show will have you laughing out loud one minute and crying the next. There are plenty of jumpy scenes too so don’t watch this in the dark! 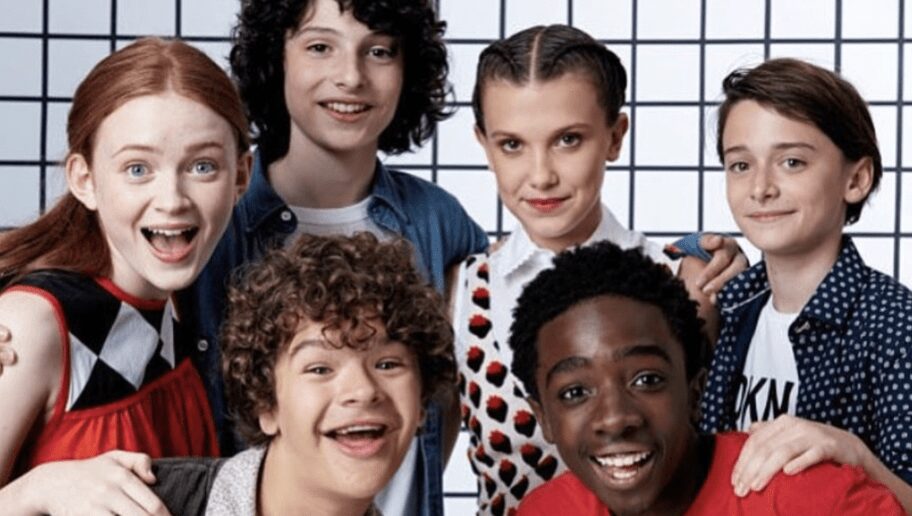 A word of warning, this is a very dark show and not for the faint of heart. It takes place in London in 1827 and follows a detective, played by the remarkable Sean Bean, as he tries to solve the case of a body found made up of multiple body parts. The story is part mystery and part horror, with the added bonus of having Mary Shelley play a role in solving the case! This is for lovers of the macabre, Victorian London, and of course, Frankenstein.  Also, Vanessa Kirby, formerly Princess Margaret of The Crown, sports auburn locks in this gothic series as Lady Jemima Hervey. 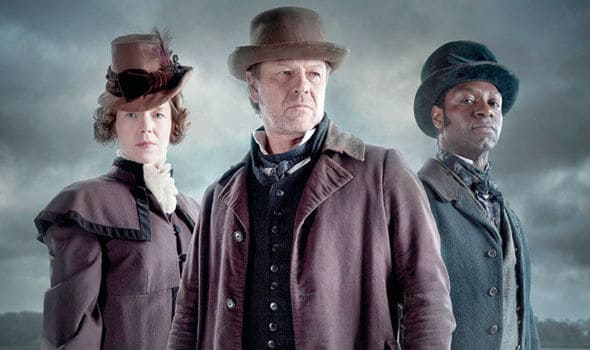 If you’re looking for a feel-good series, there is no better choice than Anne With An E. The story is based on the beloved book series, “Anne of Green Gables”, and follows an energetic and fiercely optimistic young redhead named Anne Shirley. She is sent to live on a farm to help an elderly couple, though they had expected a boy and thought of sending her back to her orphanage immediately. Her obvious love of life wins over all those around her though, including anyone that watches the show. Gorgeous costumes, scenery, and life lessons abound! 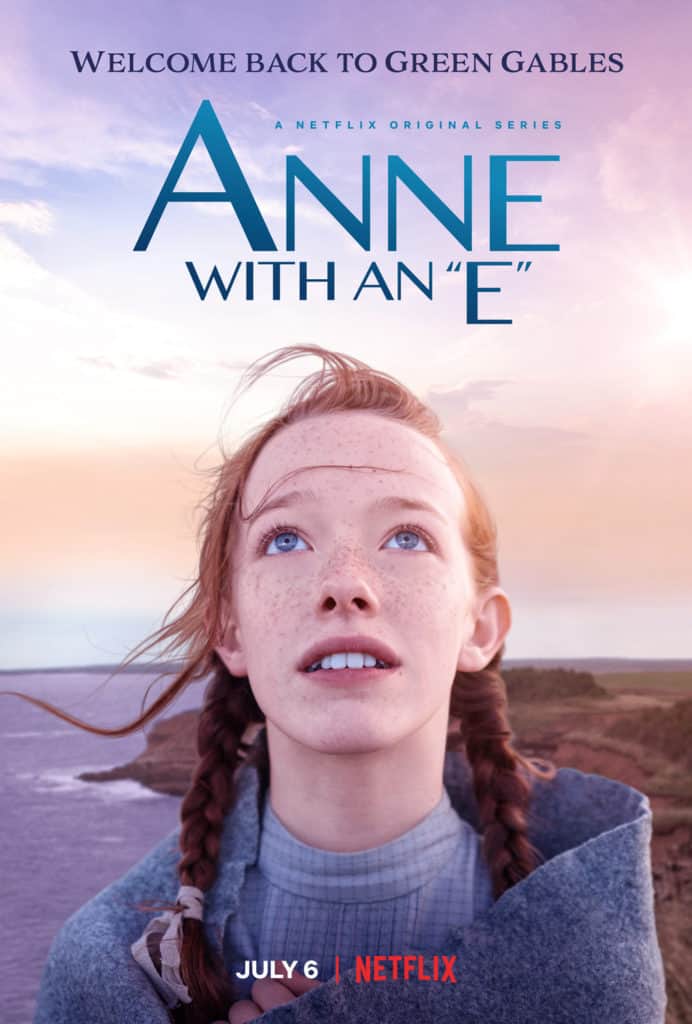 Is there a soul on Earth that has not heard of Mad Men yet? The show follows an advertising firm in the 1960s and all of the intrigue behind it. From affairs and misogyny to chain smoking and backstabbing, this series is dripping with drama. Redhead queen, Christina Hendricks, plays the office manager Joan Holloway, a role that earned her six Emmy’s. There are 7 series so buckle up for a serious binge. 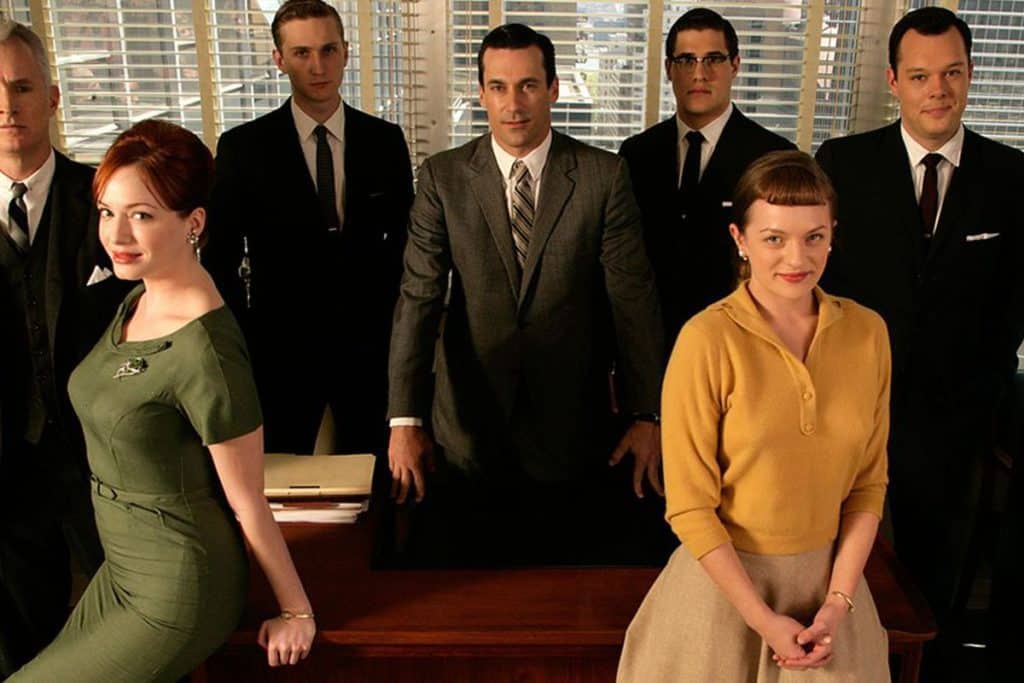 You thought there was only going to be one Amy Adams film on this list? Think again! American Hustle is an edge of your seat drama with plenty of dark humor interspersed. It follows two con artists played by Amy Adams and Christian Bale, who team up with an FBI agent, played by Bradley Cooper, to catch corrupt politicians in the 1970s. The acting is phenomenal and the wardrobe is to die for. If you haven’t watched this gem yet, add it to your list now. 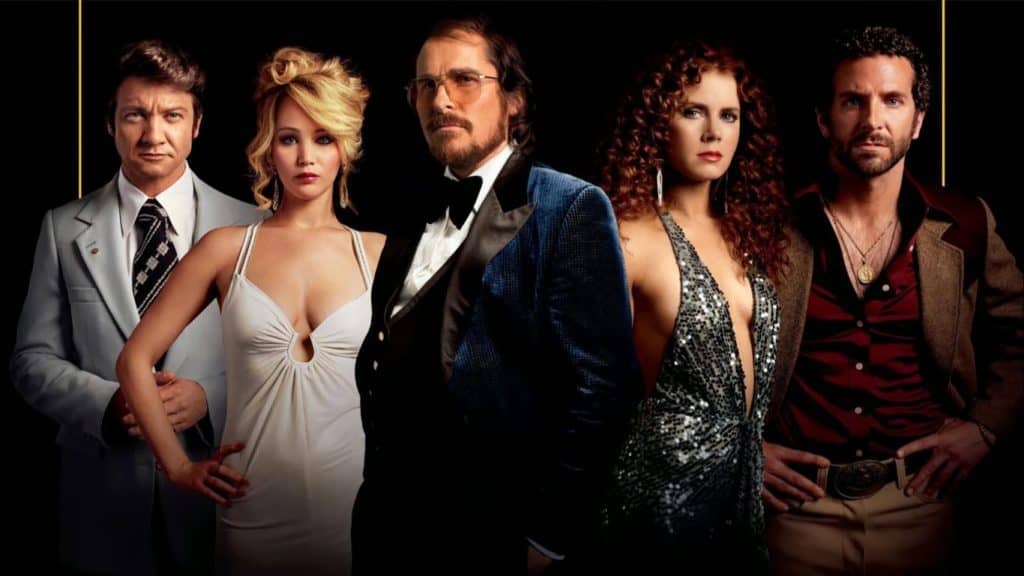 One of my favorite Doctor Who sidekicks ever are Amy Pond, and I’ve been in love with the Scottish actress Karen Gillan every since. In the revamp of Jumanji, four teenagers are thrown into the game where they have changed into their video game avatars which include comedic geniuses Dwayne Johnson, Kevin Hart, Jack Black, and of course, Karen Gillan. The film is laughing out loud funny with plenty of action as they try to win the game and escape back to their dimension alive. It also introduces strawberry blonde rookie actress Morgan Turner. 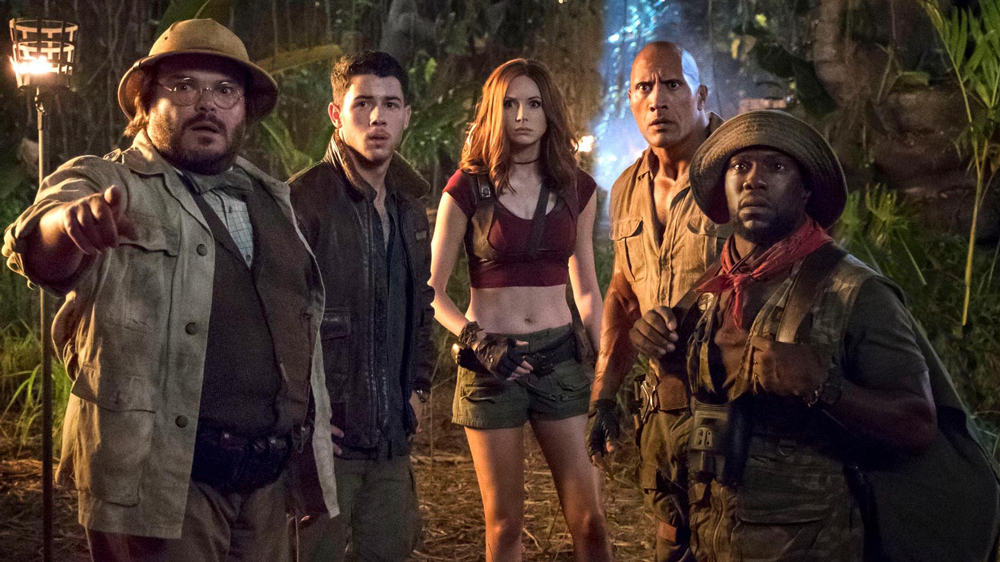 Did you know that there is not one but three redheads in the Avengers: Age of Ultron? Obviously, ScarJo returns to the series as the unstoppable Black Widow, but we also meet the dark red-headed character the Scarlet Witch for the first time, played by Elisabeth Olsen. As for the third? The all-blue character Nebula is played by none other than Karen Gillan! It’s hard to see her gorgeous locks in the film, but her fiery spirit certainly shines through. So set aside a summer night to see three red-headed characters look badass and save the universe. 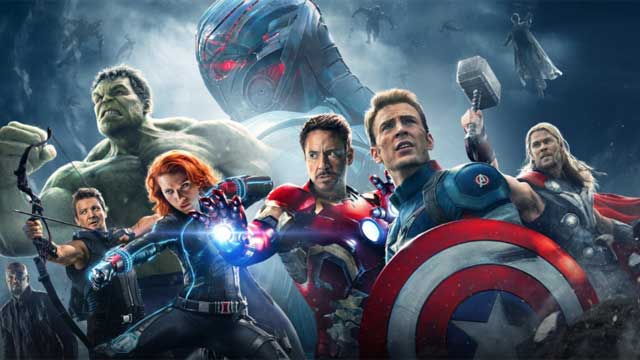 One of Emma Stone’s first blockbusters, Easy A, is a modern parody of the Scarlet Letter and is laugh out loud hilarious. Stone’s character Olive tries to help out a friend who isn’t ready to come out of the closet. She agrees to let the entire school believe she slept with him to throw off suspicions of his sexuality and as a result, she becomes the center of a school-wide scandal. As more people “in need” turn to her, what’s a girl to do? This teen movie is funny for absolutely all ages. 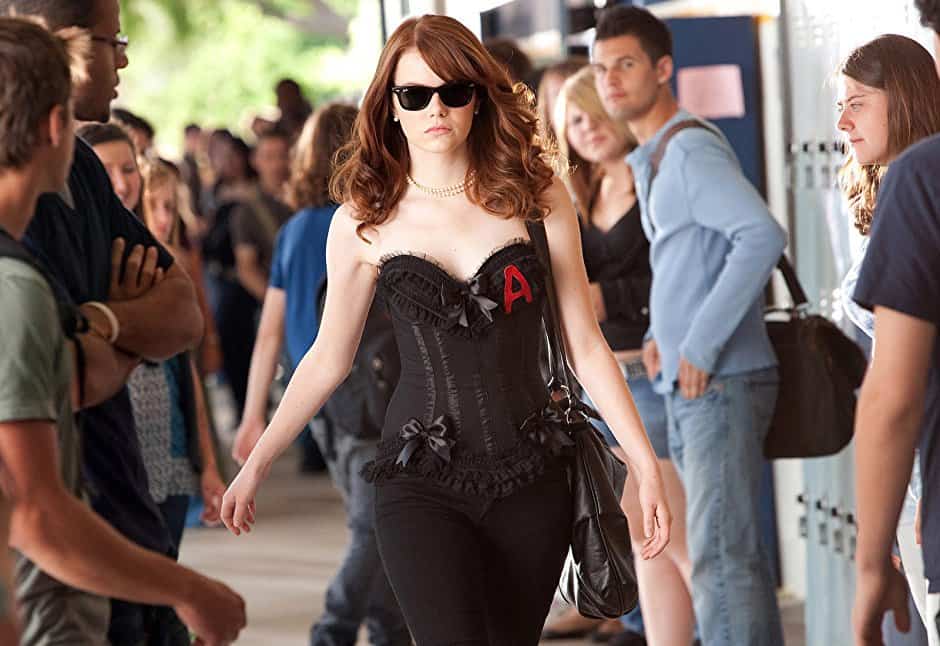 So you’ve been living underground with a doomsday cult for 15 years only to be thrown into the modern world of New York City. What do you do? Well, for Kimmy Schmidt, played by the ever-charming Ellie Kemper, you go out with your best foot forward with contagious happiness, unbeatable positivity, and a whole lot of spunk. Every scene in this series will have you in stitches and the entire cast is amazing. If you need a pick me up to brighten your summer, this series is it. 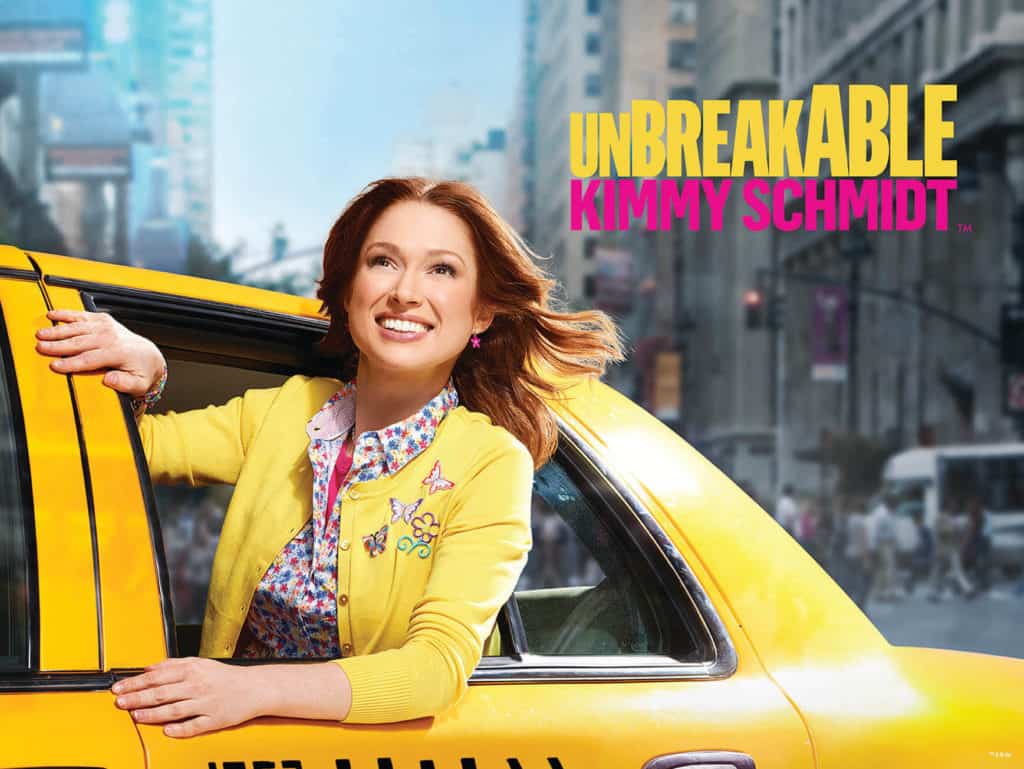 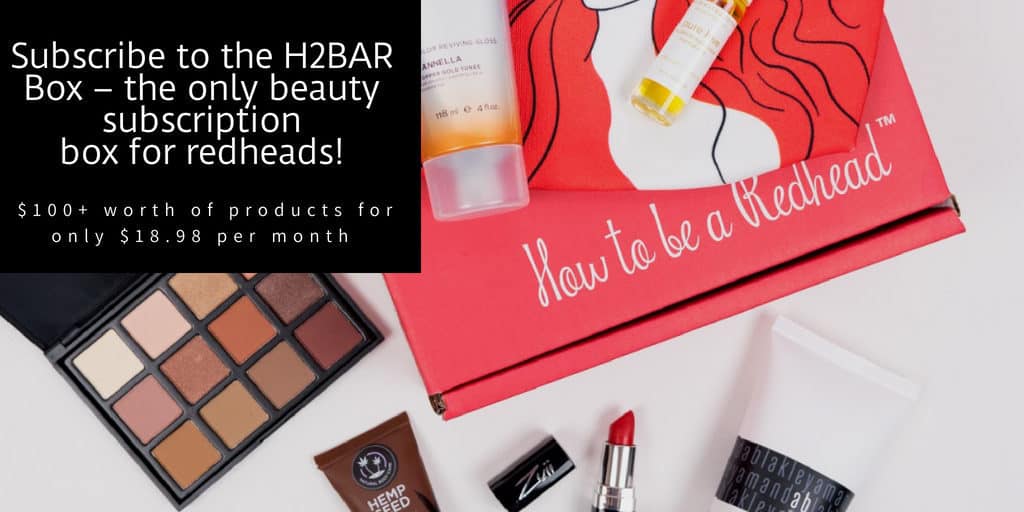