When I was eleven, I informed my parents I wanted to be an actor. In my mind, I was nearly in high school (it was three years away, which I find hilarious now) and needed to look toward the future. It occurs to me now that, even with all the research, all the knowledge available to me about the difficult lives of actors, I never really faltered from that goal. It remains to be the most openly courageous thing I’ve done in my life. I think this is because I grew up with the magic of musical theatre. Not like the magic in Harry Potter and Lord of the Rings, but a real magic. Something more relatable and touchable for all audiences, which is a fact I’ve always loved about theatre.

I love cinema, don’t get me wrong, but theatre is so tangible. If the emotions and words are flying through the air, it’s as though you could almost catch them and take them to heart, unlike in film. It was in theatre that I’d found my place in the world. It is something I understand and in which I find solace, no matter what’s happening. I’m blasé about it now because it’s work, but I still find myself able to be enchanted.

As a young redhead, I was always looking for people who looked like me. I think, if I were a brunette, I wouldn’t be looking; you can very obviously see loads of people with your same hair color. However, I always wanted someone who looked more like me (hilariously, now I get mildly annoyed when there’s another redhead at auditions).

I remember being jealous of two girls in my class who called themselves “twins” because they had the same hair color (brown) and the same colored eyes (brown). I never had this (aside from my own sister, Kate, who is a gorgeous redhead, who I still wish I looked more like), so I sought it out in other places.

Musical theatre, strangely enough, provided some redhead idols that I looked at with unabashed admiration. Not idols, exactly, some of them do terrible things (the sinner stereotype follows the redhead, even into the musical theatre realm), but most of them are spunky and high-spirited, often the heart of the show.

These are three redheads that I hold near and dear to my heart:

This is a bizarre little musical that doesn’t really hold up very well. Within the plot, a racist senator of the satirical “Missitucky” gets turned black by a mischievous leprechaun. In the revivals, this role is played by two actors, one black and one white; in the original, a white actor played it in black face. Despite its outdated racial views, the score is beautiful and the Irish heroine, Sharon, is a constant font of Irish wisdom and optimism. 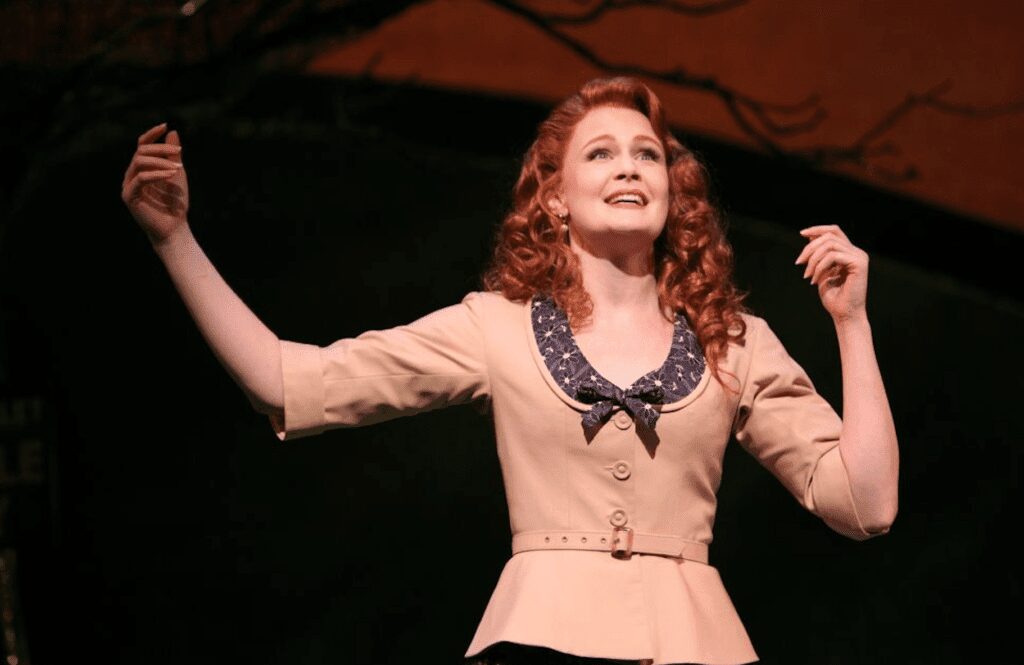 First of all, I have been in this musical twice and I have never played Annie. I’m still salty. Secondly, Annie is the reason I, and many others, started doing musical theatre and, honestly, she’s still such a strong presence in my mind. I have a very loud singing voice and Annie’s unabashed belt made me proud of it, even at a young age. We should all be as optimistic and courageous as this little redhead. 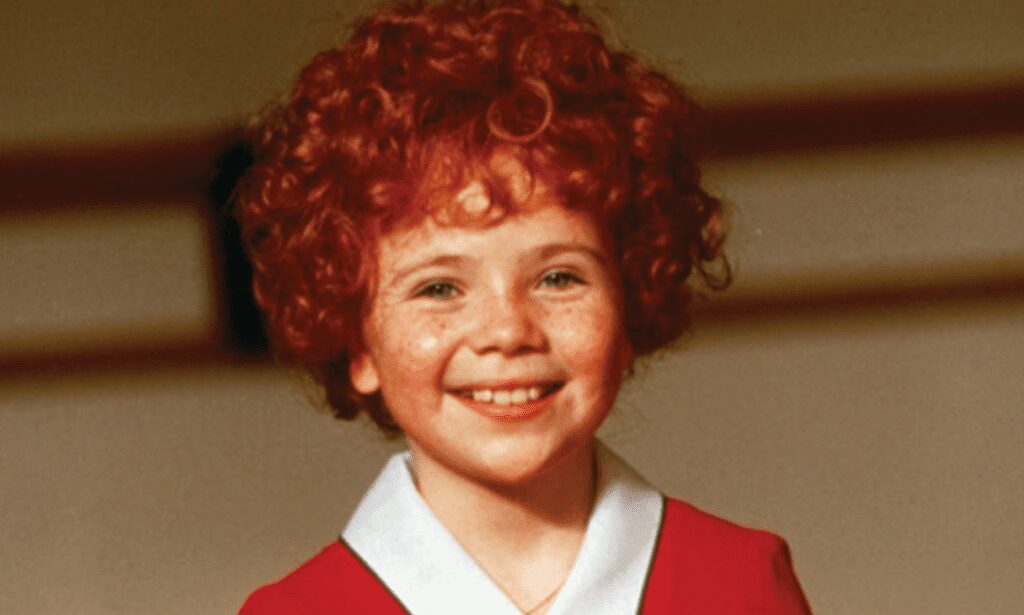 Gwen Verdon is like the rock star redhead of musical theatre. This murder mystery musical set in a wax museum in London in the 1880’s is quirky and unusual, but at its heart is Gwen Verdon’s Essie. She is the trigger that sets off the plot and she is the wit that solves all the problems. 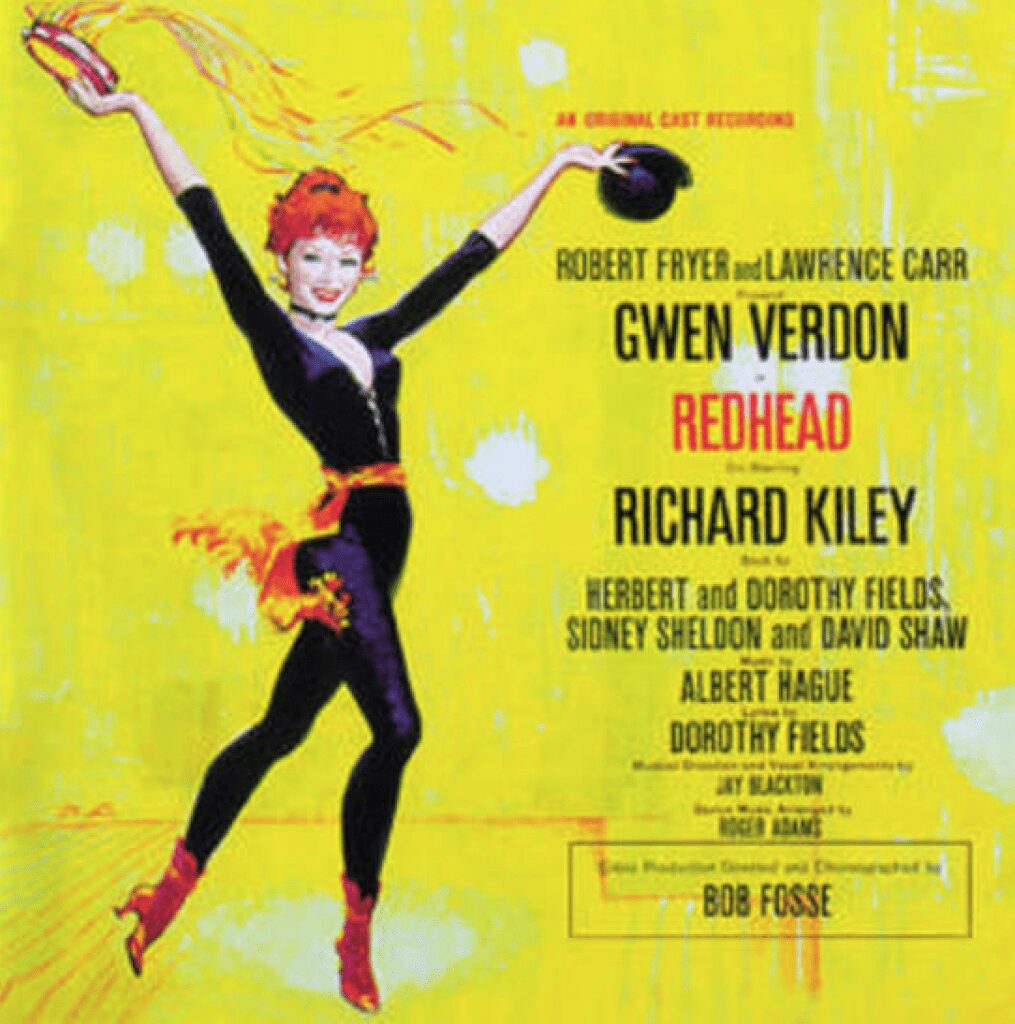 In a nutshell, these singing redheads are clearly some of the best characters EVER. They have inspired me to love my hair even more than I do.