If you missed the Emmys Sunday night, let us catch you up.  There were so many redhead celebrities rocking the red carpet, and we would hate for you to miss out on all of the looks.  So, here is a top ten list of the best redheads on the red carpet.

Starting us off at number ten is funny woman, Julie Klausner.  Hers was actually only one of two green jumpsuits that showed up on the red carpet this year.  January Jones also wore a green jumpsuit by Ulyana Sergeenko.

WATCH: Julie Klausner’s Watch What Happens Live at the 2013 Rock it like a Redhead Event! 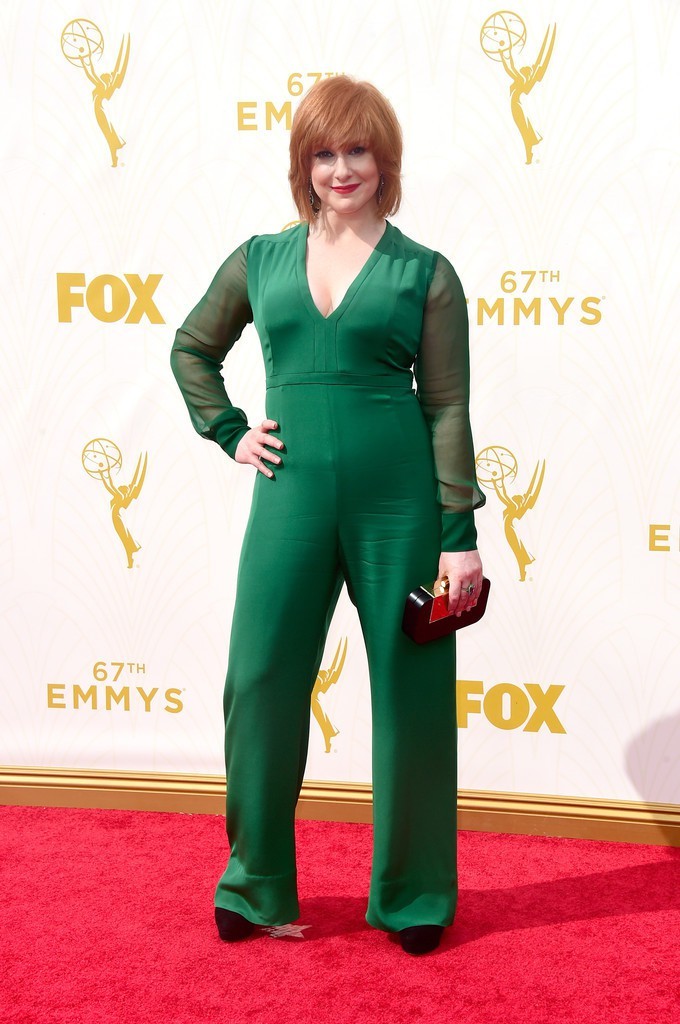 Beautiful Creature, Rachel Brosnahan, wore a two-toned Lie Sangbong gown and smoothed her red hair back into a classic updo. 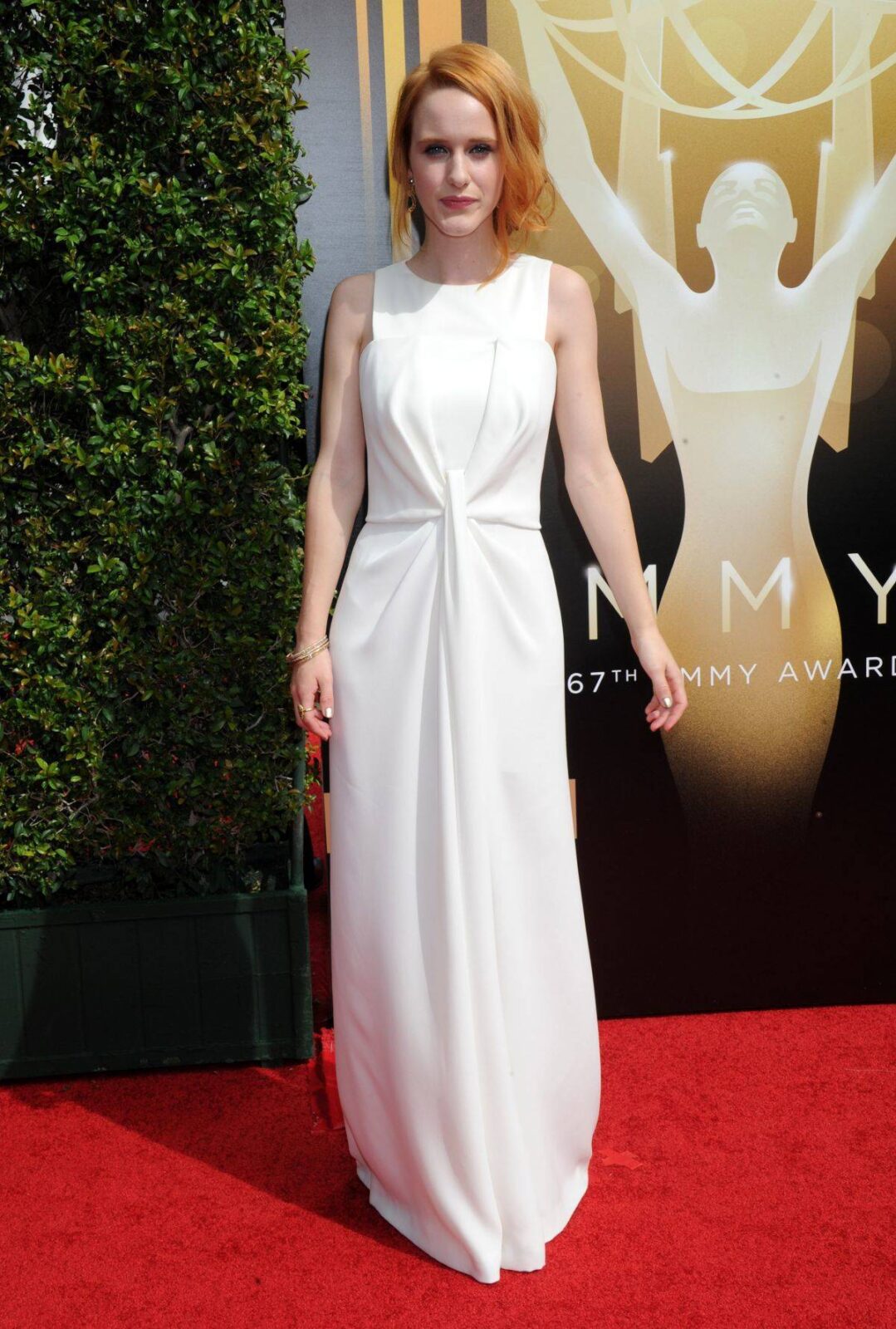 Better known as “Red” on Netflix’s Orange Is The New Black, she proved to us that black is the new black on the red carpet in this diamond-studded gown. 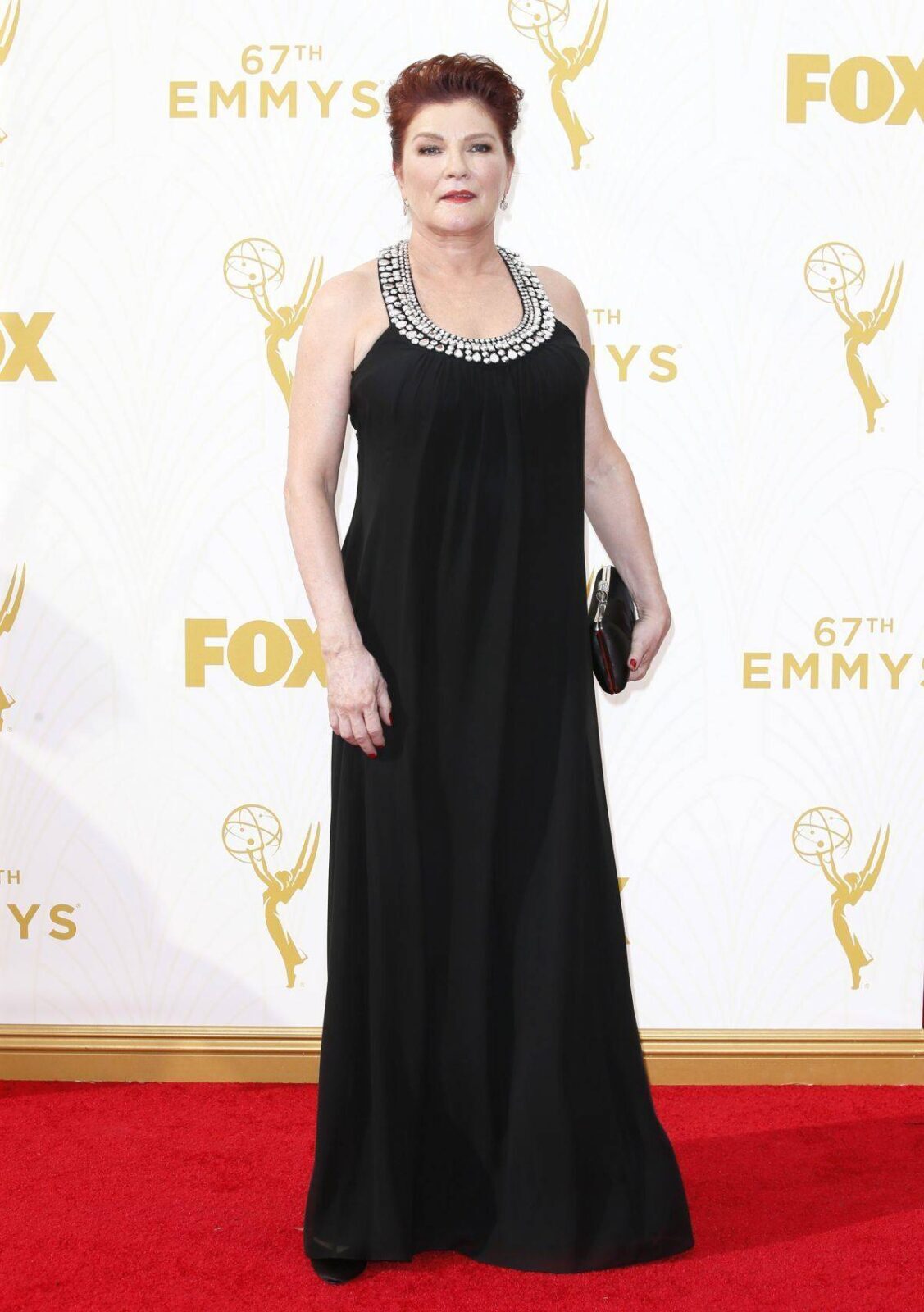 The other red haired Orange Is The New Black co-star followed suit. She looking fierce in this off the shoulder, fringed number and coming in at number six on our countdown. 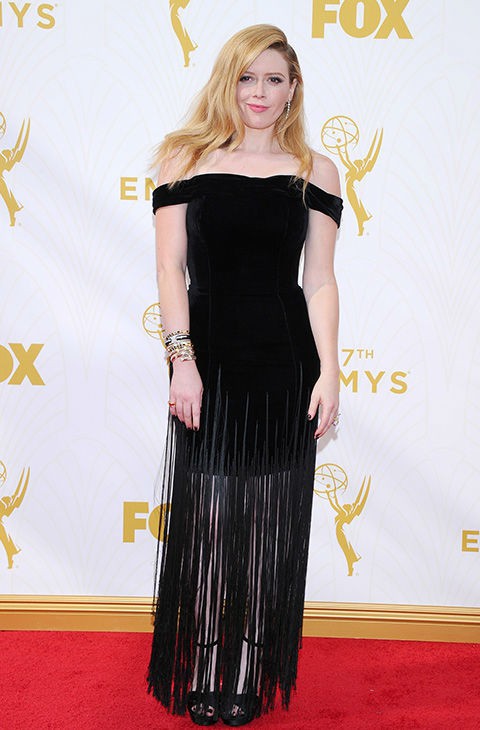 Sophie Turner donned a two-toned jumpsuit by Galvan that made that red “Mane of Thrones” pop and dressed up her neckline with jewelry by Forevermark Diamonds. 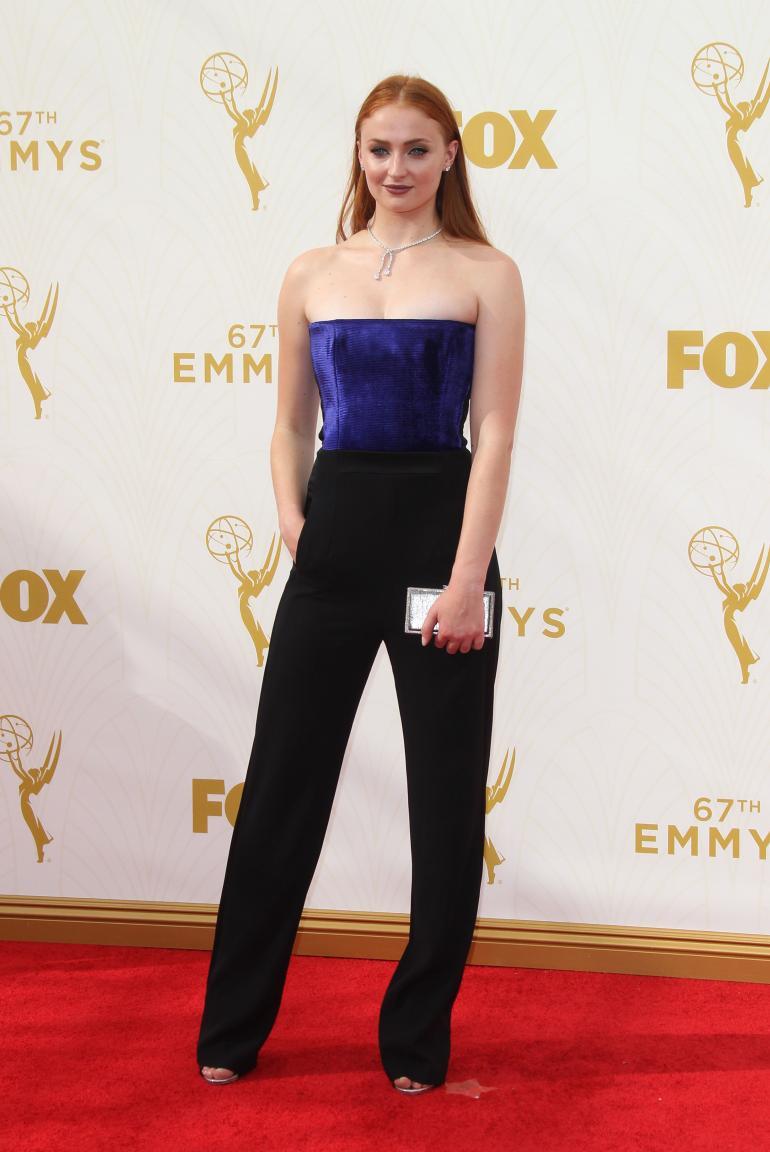 She looked killer with her red lips, wavy red hair, and this eye-catching Vivienne Westwood dress.

Unbreakable Ellie Kemper is always a crowd favorite, and she did not disappoint in this multicolored Naeem Kahn gown and simple clutch by Swarovski. 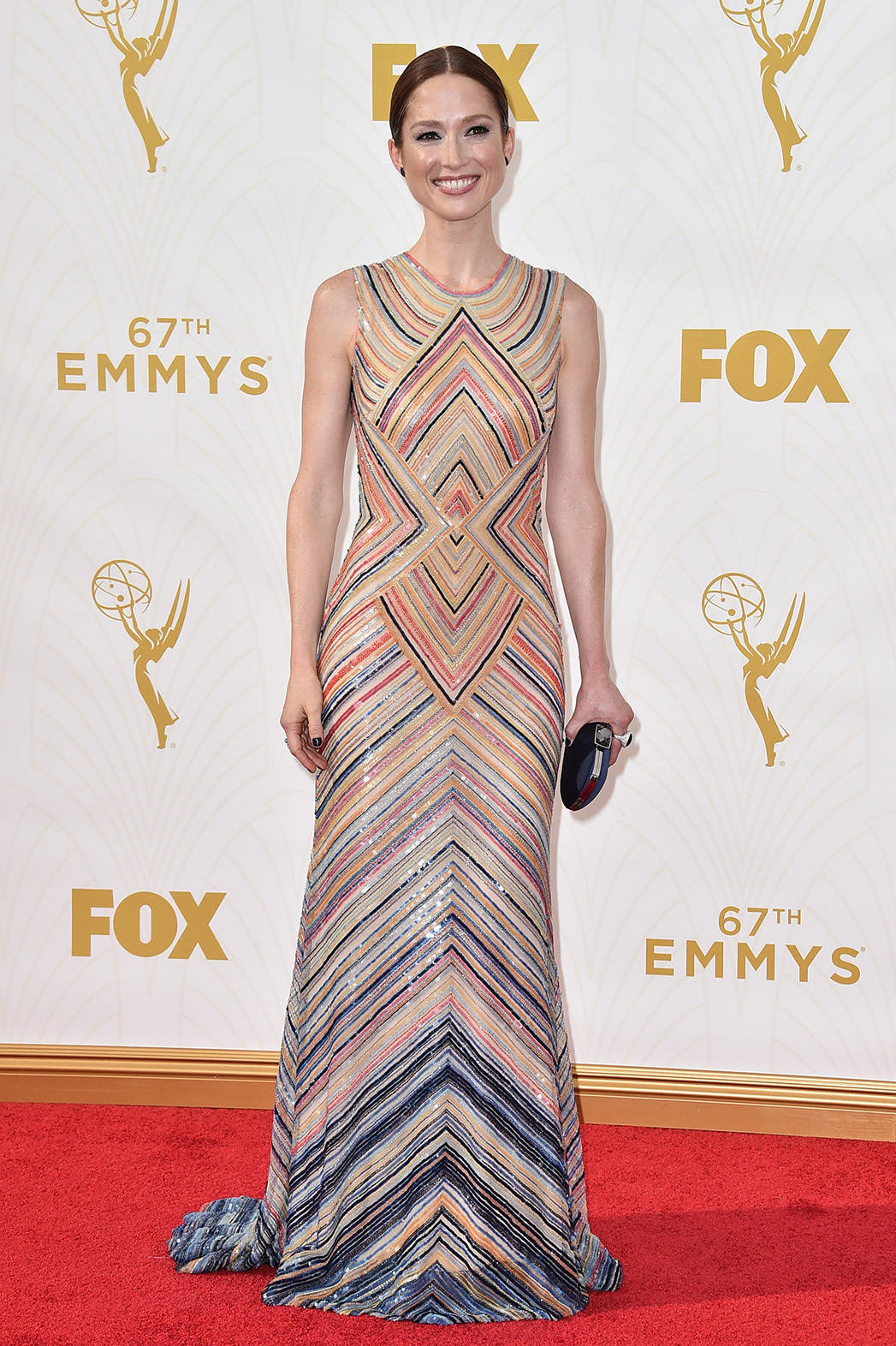 I love that Amy Poehler is a redhead now!  She was a hit in this black, cut-out dress by Michael Kors and later in this grey hooded sweatshirt maybe from my closet.  Amy may not have won the Emmy, but she won all our hearts Sunday night with her hilarious Couldn’t-Care-Less-About-This-Stupid-Award bit.  She also wins my pick for the second best dressed woman at the 2015 Emmys.

But, my pick for best dressed has to go to Christina Hendricks.  Forget the men; she drove us all mad in this metallic, curve-accentuating gown by Naeem Khan.  Her loose curls and red lips added the perfect finishing touches to this gorgeous ensemble. 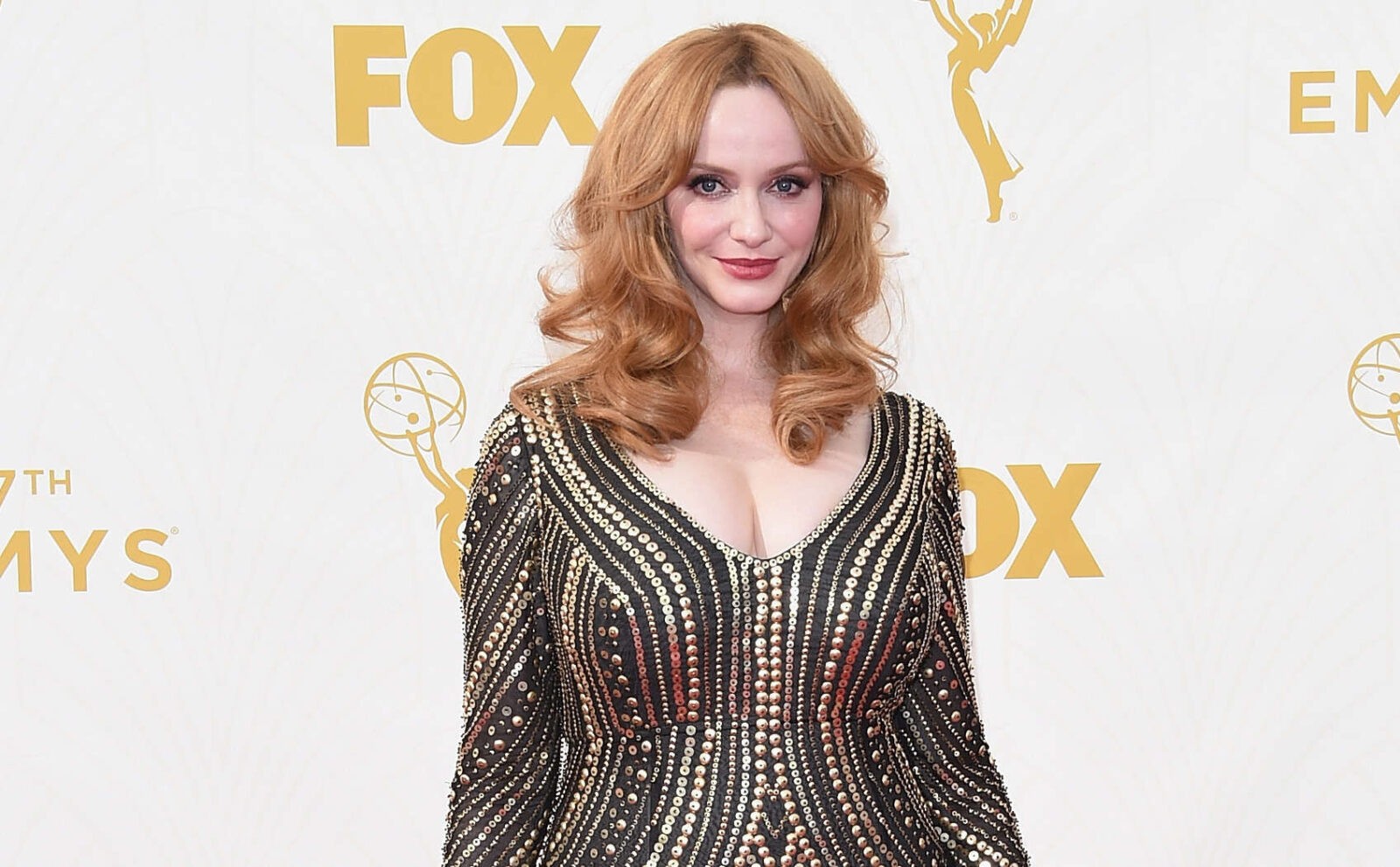 So there you have it.  Do you agree with our list?  Are there any redhead looks we missed?  Let us know by commenting below!