March 17th has arrived, dear redhead readers! It’s time to pull out your lucky green shirts and partake in a little Irish celebration. But before you get around to imbibing a tasty Guinness and chasing leprechauns, be sure to school your friends and family about these intriguing St. Patrick’s Day facts.

1. When it became a ‘redhead holiday’

Many assume most people from Ireland are redheads, so they associate St. Patrick’s Day with the crimson hair shade. Although Ireland has the highest number of red-haired people per capita in the world, it’s total percentage of redheads is only about 10%.

The odds of finding a four-leaf clover is about 1 in 10,000…even rarer than being born with red hair! Shamrocks are revered as a sacred plant and represent the arrival of spring. 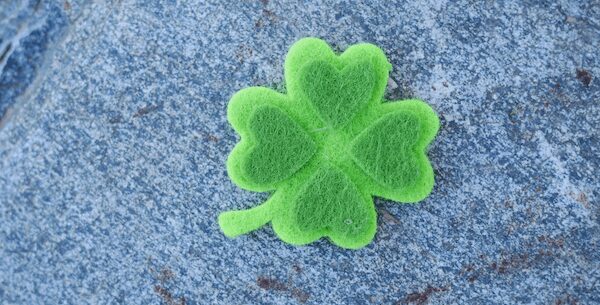 The holiday is observed on March 17th to mark the death of Saint Patrick who died in Ireland in 461 AD.

St. Patrick was actually born Maewyn Succat, according to legend; he changed his name to Patricius, or Patrick, which derives from the Latin term for “father figure,” when he became a priest.

In Irish folklore, leprechauns are mystical fairies who appear as tiny men who make shoes. Legend says that if you catch a leprechaun, he must grant you three wishes.

Saint Patrick was actually associated with the color sky blue. Green became a prominent color connected to the holiday after the Irish Independence Day movement in the 18th century.

Many people who are not Irish celebrate St. Patrick’s Day and they are in good company. The man himself was born in Wales, not Ireland. Saint Patrick was kidnapped by Irish raiders at the age of 16 and sold as a slave to a Celtic priest in Northern Ireland. After six years, he escaped back to Britain but eventually returned to Ireland as a Christian missionary.

Horseshoes are said to be a symbol of luck due to their metal warding off evil spirits. Superstition warns that horseshoes must be found spontaneously in order to be considered lucky. Be sure to hang your horseshoe facing up in order to keep your luck from falling out!

Do you celebrate St. Patrick’s Day? What are your favorite traditions or things to do on or around March 17th? Do you have any tales of Irish folklore? Be sure to share it with us in the comments below and have a marvelous holiday, redheads.