I learned to read at an almost absurdly young age. This has helped me a great deal in my life. However, here’s the issue: I was a shy redhead child and still am a shy redhead adult. Instead of making an aggressive effort to make friends, I read books. Loads of books. Most of my memories from elementary and middle school involve me reading and it’s a hobby that has followed me into adulthood. As I venture into adulthood (a slow, but steady venture, mind you), I’m finding that reading is one of a growing list of activities that when you’re young makes you seem nerdy, and when you’re an adult makes you seem brilliant.

There are a number of redheaded literary characters: Anne Shirley (of the Green Gables), the Weasley clan, Pippi Longstocking, and many more. However, as a natural redhead and massive reader, there are a number of characters I have always imagined as redheaded. These are usually based on redhead stereotypes (spunky, short temper, fiery spirit, passion, etc.) or just my own wishes to be similar (even in a small way) to the fantastical, fictional people I read about. The idea there were characters that looked like me who were the heroes of their own stories has always made me happy. These were usually people who possessed qualities I felt (and, sometimes, still feel) I lacked; qualities that made them the bright, vivid characters they were.

This is a list of characters, some most certainly not redheaded and some who probably should be.

1. Jo March from Little Women by Louisa May Alcott: 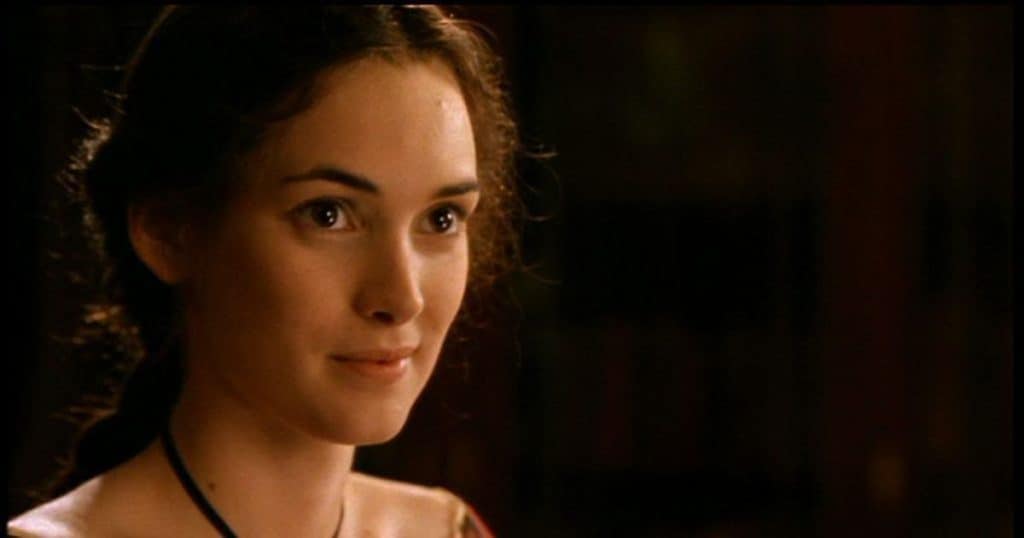 I don’t think I will ever get over the betrayal I felt when I realized Jo March was not a redhead.

Though black and white, the fact the very redheaded Katharine Hepburn played her in the 1933 film adaptation does offer slight comfort.

Jo is a redhead, even if she isn’t. Jo is witty and vibrant (not that brunettes can’t be these things, but hear me out) and is also so stubborn you might easily be embarrassed for her. The commonality I shared with Jo, both as a child and now, is a sense of being an outsider. I think we all deal with this in some way, and if you’ve felt “normal” your whole life, good for you. However, being a redhead has always made me a bit of an outsider, something I think many redheads share. Not in a bad way, but it sets one apart from other people, without really trying. Personally, there were other things, too, though. I did theatre in high school with an almost embarrassing amount of passion, I sang all the time (very loudly), I have a panic disorder, and the list goes on. Even without outside issues like those I mentioned, I think we all feel like an outsider at some point, in some way, or at least I hope we do. The point is that finding Jo March, a young woman with ambitions that seemed remote but the determination that made everything possible, was a revelation for a shy redhead. 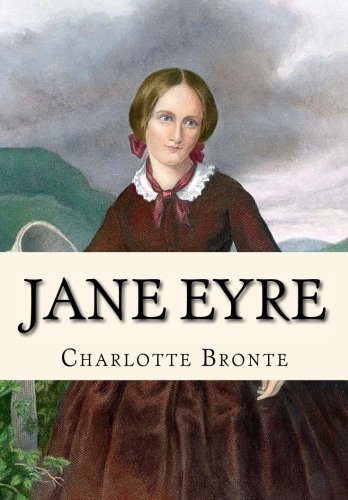 I adore Jane Eyre. I think the Yorkshire world of the Brontës can often seem rather grayscale and dull, but Jane is a stunning character, shining out of the gloomy moors with vivacity and feminist views. These views shocked the readers of 1847, but are the exact reasons Jane remains relevant now. Through all of her woes, Jane is never disillusioned with the world. She always has hope, though it isn’t even that, really. Jane is self-sufficient in her own happiness, a quality I am still working on. That strength and fiery spirit are so often associated with the redhead, and I felt was expected of me but that I didn’t possess.

Making her a redhead in my imagination made those qualities feel attainable.

Jane is also emotionally practical, something that I wish I was. I’m actually getting better at this, but I do recall reading Jane Eyre as a seventeen-year-old and being slightly ashamed of my own behavior toward money and my future. Jane Eyre was a character I have always liked a great deal, but when I was at my first university and falling apart because I hated it there, Jane became my solace. There’s a moment in the book where Jane, prior to her knowledge of Mr. Rochester’s love for her, feels she needs to leave Thornfield Hall and Mr. Rochester. This is because she knows she couldn’t bear to live on at Thornfield if Mr. Rochester marries Blanche Ingram because she will be unhappy. Had I recognized my own unhappiness earlier on, I could have wasted a lot less time. I still wish I was as brave as Jane, but if I’ve gained even a fraction of emotional practicality from this strong redheaded lady, I’m on my way to being a far better person.

3. Jane Marple from the Miss Marple books by Agatha Christie: 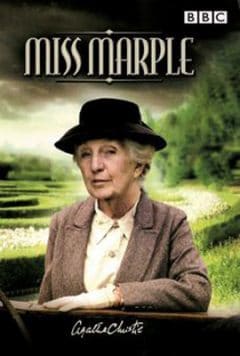 I think it’s clear by now that I do so admire self-sufficiency. I don’t personally have it at this point in my life, but I can read about and admire it in fictional people. There is a slew of female characters that sit cozily in the time between World War I and World War II, mostly British, some of whom lost their loved ones in the war, but carried on, as they had to. One of these female characters is Miss Jane Marple, who, when we meet her, is old and gray-haired. However, to my imagination, this aging sleuth, quicker and more observant than career detectives who are decades her junior, was most certainly a former redhead. What Jane Marple taught me was the ability to truly observe human life. This has certainly helped me in the acting portion of my life. People-watching is a pretty acceptable hobby when it helps move forward your career. Miss Marple understands human nature in very simple terms.

Christie’s other major detective character, Monsieur Hercule Poirot, works with psychology and “the little grey cells”; Miss Marple works in simple village-life counterparts, comparing murderers to minor mishaps in her village based on their behavior, characteristics and traits. Jane also has a respect for human frailty and vulnerability. That is something it’s taken me a while to get used to, not necessarily in others, but in myself. When I get anxious in social situations (as I often do), I’d like to think it’s Miss Marple’s voice that calmly tells me that I don’t have to be perfect right now or ever. It’s alright to just be trying my best, or even just trying. What makes me vulnerable is not weakness. The point  Miss Marple makes, I believe, is to show that extraordinary people are often the most ordinary people.

I find it comforting that, no matter how “ordinary” one might feel, it’s always possible to be extraordinary. Especially if you’re redheaded.

4. Elizabeth Bennet from Pride and Prejudice by Jane Austen: 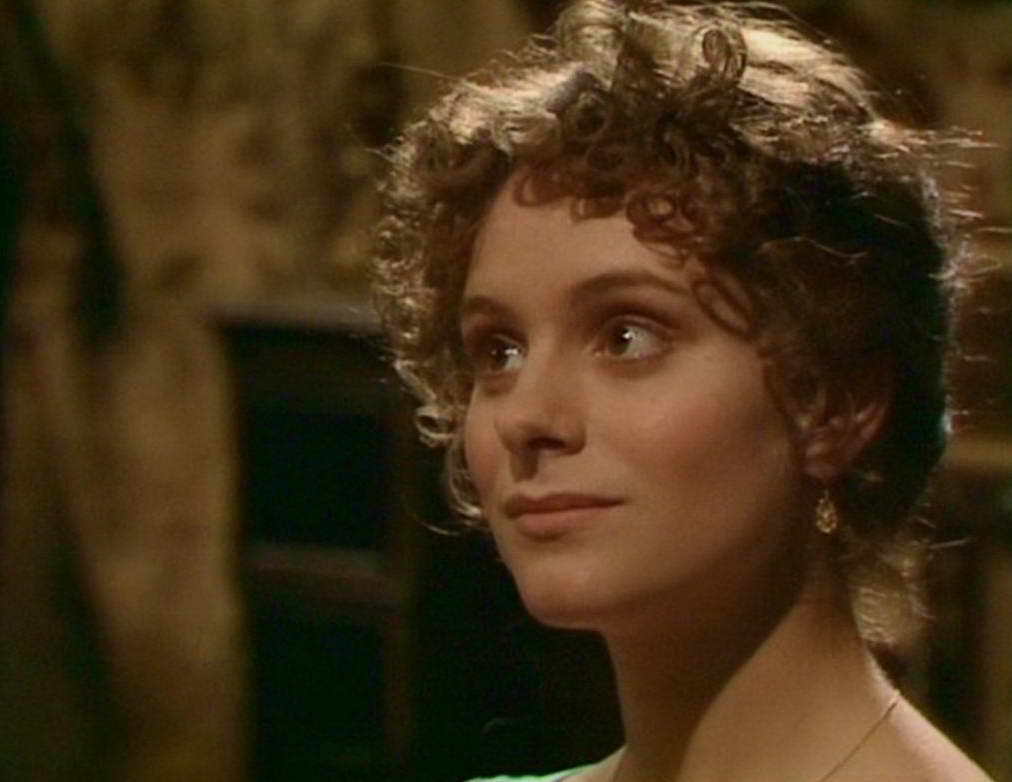 I think this one is pretty obvious. Elizabeth Bennet, so openly stubborn and free-spirited is most certainly a redhead.

I don’t think I’m as sure about any others on this list as I am about this one.

The one quality I loved of Elizabeth’s, and one I so often correlate with redheads, is a refusal to do what is expected of her.

Now, unlike the Bennet sisters, I am very lucky to live in a society that doesn’t expect me to marry before the ripe old age of twenty-two, but Elizabeth pretty heartily refuses to “play the marriage game”. She doesn’t flirt (by standards of that time, anyway.

Frankly some of her discussions with Fitzwilliam Darcy are extremely flirtatious if you ask me.). She doesn’t do all the things women are supposed to do (play piano, draw, speak more than one language, sew), and is just herself, no facades or false niceties. However, by vigorously going against this unfair society, she wins the best man in the whole book! At the end of the novel (so, um, spoiler alert, I guess), when she tells Mr. Darcy that she was wrong, her willingness to be herself shines through. She’s thanking Mr. Darcy and apologizing for her terrible first impression of him, and all of this is information she wasn’t really supposed to mention in polite society. But Elizabeth, kindhearted and honest, really cannot move on without thanking him and saying she is sorry. The fact that someone can, rather heroically, be incredibly genuine and even admit when she’s been wrong, is something from which we all can learn.

5. Skeeter Phelan from The Help by Kathryn Stockett:

This is one of my favorite books. I can pick it up and read it at any time and have done just that several times. Anytime I’m going on a road trip and don’t have something new to read, my go-to is The Help. All of the characters are fabulous (even the villain, Hilly, is wonderfully fun to hate), but Skeeter, the writer of the book within the book (that’s a bit of a spoiler, I guess) is one of my favorites of all time. She’s a writer, she’s tall, and has felt like an outsider her whole life. Sound familiar? The only issue here is that she has, apparently, crazy blond curls.

That’s absurd, because she’s almost certainly a redhead, in spirit if nothing else.

Skeeter taught me to truly speak up for what I believed in. That’s not an easy thing to accomplish in a small Southern town, for her or me. However, Skeeter moves forward with the most incredible belief in the cause. She’s undoubtedly the reason I was open in my support for Barack Obama’s reelection and probably the reason I openly began to write about feminism and my anxiety. Skeeter knows there’s danger, but writes about equal rights because it’s important. At this moment in history, being brave about what you believe is a quality that has become essential to the human condition.

Emma Stone also played this role in the movie, The Help. Although Emma is not a natural redhead, she might have gravitated towards the role because she is a redhead ‘by choice’.

Being a redhead is fun. It’s nice to be unique…

…but it can sometimes feel lonely. It can also feel odd when you seemingly don’t meet stereotypical expectations.

By imagining the amazing women I read about were redheads, I suddenly found myself capable of far more than I’d initially thought possible. Could I be strong and brave? Absolutely, I’m a redhead for goodness’ sake. Red hair suddenly became less of an ostracizing trait and more of a banner of confidence and courage.

I’m not saying, by any means, that brunettes and blondes can’t have these qualities because they absolutely can, but the idea of sharing a trait with these characters allowed me to grow up with the assurance that I wasn’t always going to be the nervy little kid that I was. I’m definitely not a fully formed person yet; I still have quite a way to go, but these fellow redheads listed above have already inspired great steps forward.