December 19, 2015 will always mark the day… Lauren Conrad went red. The 29-year-old American television personality, fashion designer, and author, has branded herself as the “California blonde” who struck it big. So, it’s surprising that she decided to dye her hair red and switch up her look a bit.

Her black, winged eyeliner and soft wavy hair is classic Lauren Conrad. In fact, last year, Allure labeled Lauren Conrad as “basic”. There was public outcry; many defended “LC” (her nickname), but she eventually owned it. In the October 2015 issue of Cosmopolitan, Conrad admitted to being “pretty basic” and is totally fine with it.

It’s a wild guess that Conrad is hoping to spice up her image a bit, and who’s better to do it than her redheaded best friend, hair stylist and BeautyDepartment.com business partner, Kristin Ess. You might remember Kristin also responsible for turning Ashley Tisdale red this past October.

LC took to Instagram saying, “Clearly, I’m obsessed with @kristin_ess…” This fun pun expressed her enthusiasm for her new look and how she hoped to duplicate her BFF’s look. 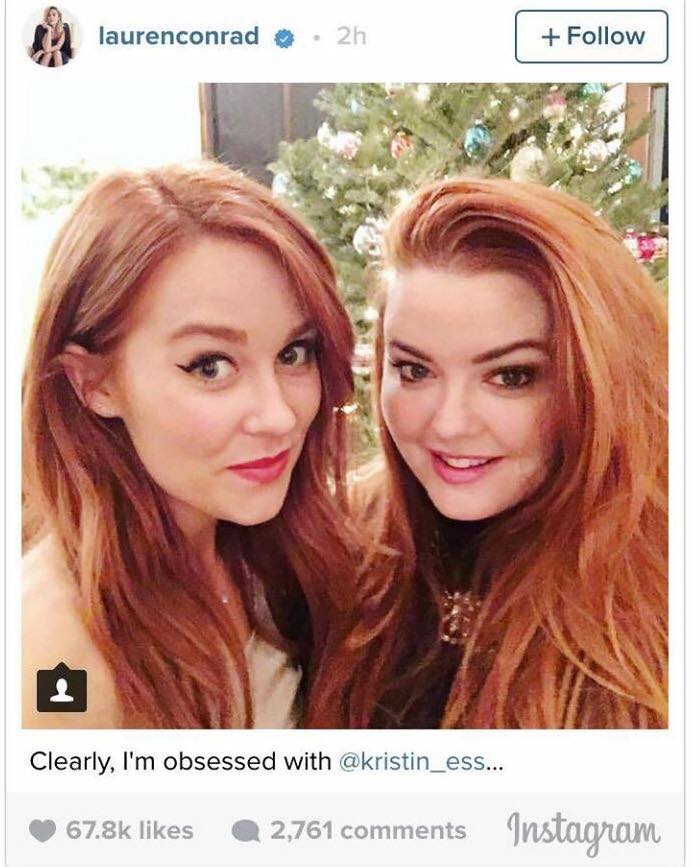 This is definitely foreshadowing many other celebrities going red in 2016. Who do you think will be next?